NEW YORK (BLOOMBERG) - The Federal Reserve was hoping to have a no-drama policy meeting this week in what has become quite a politically charged environment for central banks. Initially, markets reacted very calmly when the Fed delivered the expected quarter-point rate cut - but that gave way to a volatile selloff, with major indicators ending the day down about 1 per cent after selling off almost twice that intraday.

This highlights the intense, co-dependent and increasingly unsustainable relationship between markets and the world's most powerful central bank, as well as the likelihood of political complications.

Fed officials cited global economic uncertainties and muted inflation as the reasons for the first rate cut in 11 years. I suspect they were hoping that argument would help counter what has become more vocal questioning among economists, and even some former high-level officials, as to the need for any interest rate reduction at all, given the robustness of the domestic economy (further confirmed by this week's data ahead of Friday's release of the monthly jobs report).

I also suspect that, together with the somewhat dovish decision to bring forward by two months the date for ending the balance-sheet-reduction program, officials hoped to contain political attacks that put the institution in a tightening lose-lose situation.

The immediate cause for the market sentiment U-turn was a comment by chairman Jerome Powell on a "mid-cycle adjustment" that was immediately interpreted as suggesting that the Fed is more inclined toward a "one and done" cut than a rate reduction cycle - this despite the central bank statement re-iterating the usual language on being ready to do more if needed. This was accentuated by signs of disagreement within the Federal Open Market Committee, including two explicit dissents. 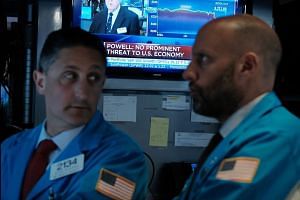 US stocks tumble after Fed's hawkish cut, Dow down 1.2%

Having been conditioned over the last few years to expect steady support from central banks, neither traders nor investors take kindly to a signal that liquidity may be less ample and less reliable than  they demand. 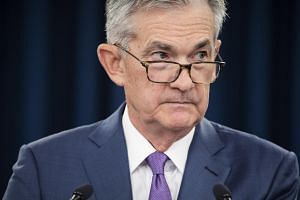 It's a behavior that is unlikely to go away any time soon as markets continue to press the Fed for looser monetary policy to support elevated asset prices that are already decoupled from fundamentals. And rather than contain political attacks, Wednesday's Fed policy announcements are more likely to fuel them.

The decline in the yield on 10-year Treasury bonds to just 2.01 per cent, together with the flattening of the yield curve, will reinforce the political belief that the Fed should be doing more to support the economy. The 0.6 per cent appreciation of the dollar index to its strongest levels so far this year, as measured by the DXY, is sure to highlight the view expressed by President Donald Trump that the Fed is disadvantaging the country relative to what he views as more responsive central banks in China and Europe.

Indeed, it didn't take long for the president to complain on Wednesday that Powell "let us down."

The European Central Bank is likely to face a similar situation in September, if not a more difficult one. Indeed, Mario Draghi, its president, had his own communication mishap last week.

A fundamental issue here is that market and political expectations have run well ahead of what central banks are able and willing to deliver. Yet simply acquiescing to even more pressure, both of which are increasingly likely, doesn't offer an attractive way out: It would be unlikely to improve economic performance in a meaningful sustainable way, but it would increase the risk of future financial dislocations that could damage the economy.

Sustainably higher and more inclusive growth is the only way out for central banks. And, as desirable and as important as this is, it's an outcome that they cannot deliver on their own.

Mohamed A El-Erian is a Bloomberg Opinion columnist. He is the chief economic adviser at Allianz SE, the parent company of Pimco, where he served as CEO and co-CIO.