Aviva, British Land, Diageo, Hewlett Packard and Spotify were hailed as trailblazers in data from an upcoming report by equal workplace rights group Equileap that was shared with the Thomson Reuters Foundation.

"Parenthood should not be a barrier in anyone's career," said Equileap's chief executive Diana van Maasdijk.

"Offering parental leave to men is essential to both male and female professionals, in order for women not to be discriminated against when they are pregnant, take a maternity leave or have young children."

Only about half of 187 countries now offer statutory paid paternity leave, usually for a few days or weeks, according to Promundo, a US-based organisation trying to engage men and boys more in promoting gender equality and preventing violence.

Companies often follow suit, with most offering mothers more time off to care for a new child than the father.

Equileap analysed about 3,500 companies with a market capitalisation of more than US$2 billion for its 2019 Global Report on Gender Equality, which will be published next month. 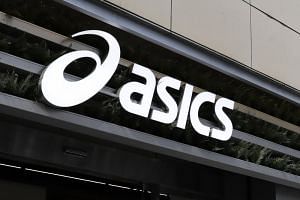 Six months' paternity leave in Singapore? Not all are convinced

Rights groups argue that defaulting towards women as primary carers impedes their careers, with many losing out on promotions as a result of taking time out from the workplace or cutting back their hours to balance work and childcare.

It may also result in some firms being unwilling to hire women of childbearing age.

Many companies still view parenthood as complicating employment, said van Maasdijk, while a survey of British bosses last year found more than a third thought it was reasonable to ask female job applicants if they wanted children.

Men often do not take paternal leave even when it is on offer, added Rosalind Bragg of the British charity Maternity Action, saying targeted policies such as leave reserved solely for fathers can help increase take-up.

"We won't achieve gender equality in caring by just making leave available to fathers," she said.

"We should provide both parents with well-paid leave to care for their babies and explore interventions which will prompt fathers to take eight weeks or more of leave."