SINGAPORE - The government plans to roll out QR codes for attendance-taking at SkillsFuture courses next year to prevent fraudulent claims. This was among new tools and technology enhancements by SkillsFuture Singapore (SSG) to detect and prevent false claims.

This follows the formation of an Inter-Agency Process Review Task Force set up last year in response to a series of offences that involved S$40 million worth of fraudulent claims being paid out by SSG.

At Senior Minister of State for Trade and Industry Chee Hong Tat's visit to SSG on Friday (Aug 2), he told the media that it was crucial to "beef up the fraud management system".

"We are using public funds so we have a duty to make sure these funds are used appropriately to support the continuous lifelong learning needs of Singaporeans."

"We want to make sure that this is not tarnished by the actions of a small number of black sheep who are are trying to cheat and abuse the system," said Mr Chee.

Last year, more than 4,400 individuals were found to have falsely claimed to attend SkillsFuture courses, claiming credits that amounted to more than S$2 million.

The implementation of QR codes for attendance-taking aims to deter such claims. Course attendees will be emailed a QR code that is only valid during the course session and will be linked to their Singpass accounts. 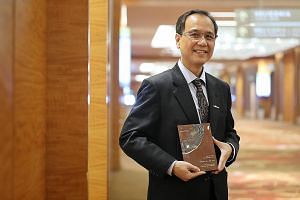 Another measure is the use of data analytics and machine-learning to detect anomalies in claim submissions. This is an enhancement from the previous method of manually checking claims based on random samples. With more than 600,000 claims received every year, this also serves as a more efficient way of detecting suspicious claims.

"With fraudsters devising increasingly elaborate scams, our fraud risk management system is evolving to better safeguard the funds earmarked for the skills development of our workforce. Specifically, we are making better use of technology and data to enhance our capabilities," sad chief executive of SSG Ng Cher Pong in a press statement.

However, Mr Chee told the media that technology has to go hand in hand with traditional methods like whistleblowing to better detect fraudulent cases.

"I think with this system in place, we can then better support the positive benefits of SkillsFuture, which is really about encouraging Singaporeans from all walks of life and all ages to embark on lifelong learning," said Mr Chee.