WASHINGTON (REUTERS) - Federal Reserve policymakers debated last month whether an interest rate hike would be needed in April though a consensus emerged that risks from a global economic slowdown warranted a cautious approach.

"Many participants expressed a view that the global economic and financial situation still posed appreciable downside risks," according to the minutes from the Fed's March 15-16 policy meeting released on Wednesday.

Policymakers had signalled at the close of that meeting that they expected to raise rates twice in 2016 but the timing of the hikes still appears up in the air.

According to the minutes, many Fed members said they were concerned that interest rates were still so low that the central bank had limited firepower to respond to shocks from abroad.

"Many participants indicated that the heightened global risks and the asymmetric ability of monetary policy to respond to them warranted caution," the minutes stated.

Investors have held doubts the Fed would raise rates at all this year and the minutes did little to shift bets on the path of policy.

Prices for fed futures contracts suggested investors still saw the chance of a rate hike in December as just better than even, and they saw virtually no chance of an increase at the April 26-27 policy meeting, according to the CME group.

According to the minutes, several of the central bankers said elevated risks faced by the US economy meant that raising rates in April "would signal a sense of urgency they did not think appropriate."

"In contrast, some other participants indicated that an increase in the target range at the Committee's next meeting might well be warranted," the minutes stated. 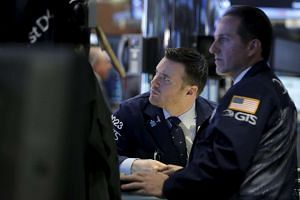 Policymakers had previously signalled in December that four rate increases were likely in 2016, and the minutes of the March meeting highlighted the consensus within the Fed around a cautious outlook for the economy.

"Participants generally saw global economic and financial developments as continuing to pose risks to the outlook for economic activity and the labor market in the United States," according to the minutes.

Fed chief Janet Yellen said on March 29 the US central bank should "proceed cautiously" in raising rates, a view Fed governor Lael Brainard pushed late last year which has been recently embraced by policymakers including St Louis Fed president James Bullard, who had previously warned the Fed might hike too slowly.

The Fed left its target interest rate for overnight lending between banks at between 0.25 per cent and 0.5 per cent in March and in January after December's hike which ended seven years of near-zero rates.

Global financial markets have been volatile since August amid concerns a slowing Chinese economy could drag heavily on global growth.

Expectations the Fed would outpace other central banks in raising rates also tightened financial conditions by leading the dollar to strengthen in 2014 and 2015, though the consensus for caution has helped stabilise the US currency.

At the same time, an inflation index closely followed by the Fed has begun to rebound, although policymakers were divided in March over whether the increase would prove lasting.

"Some participants saw the increase as consistent with a firming trend in inflation. Some others, however, expressed the view that the increase was unlikely to be sustained," according to the minutes.