HONG KONG (BLOOMBERG) - There's a new breed of spender in charge of China's wallets, and it's not crazy rich Asians.

The rise of Pinduoduo and the decline of JD.com are good proxies for this shift. Founded three years ago, the e-commerce site Pinduoduo processed 262 billion yuan (S$52.4 billion) of transactions in the second quarter, just 40 per cent shy of JD's gross merchandise volume. The smaller company now has more annual active users than JD, China's second-largest e-commerce provider with 16 per cent of the market.

The start-up raised US$1.6 billion in a New York IPO in July and now has a US$25 billion market cap. JD has dropped 38 per cent this year to a value of US$37 billion. (More than half of the decline was attributable to operations, the rest reflecting the arrest of CEO Richard Liu in a US sexual-misconduct case.)

Whereas JD's value proposition is quality and authenticity, Pinduoduo, a Groupon-like app with social-media features, is all about good deals. Every item listed on the site, whose name translates as "combined abundance," has an official price and a discounted price. A consumer can get the discount by persuading a friend to make the same purchase.

And people in smaller cities have more money to spend these days, at a time when the metropolitan middle classes are feeling pinched.

Household debt (mostly mortgages) has almost doubled as a percentage of China's GDP since the financial crisis - and tougher luck still if you don't own your home. Rents in Beijing jumped by one-quarter in the past year. Meanwhile, middle-class investment portfolios can't be looking pretty with the nation's stock market in solid bear territory and Tier 1 cities tightening their grip on property sales by imposing a freeze on resales of apartments, among other things. 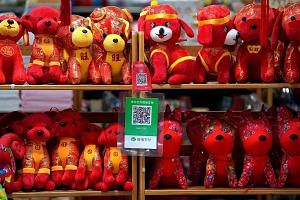 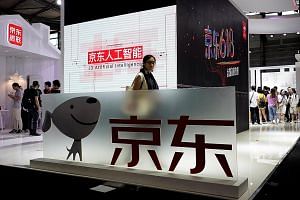 In the smaller cities, meanwhile, people are feeling a lot richer, helped by Beijing's subsidies to redevelop shanty towns. Last year, backed by funding from the central bank, China Development Bank alone advanced 880 billion yuan for such projects. As much as 60 per cent of that money went straight to households as cash settlements.

And don't dismiss the spending power of the millions of couriers, mostly blue-collar migrants from China's interior, who deliver parcels and food for the internet giants. Their monthly salaries - anecdotally, between 7,000 yuan and 10,000 yuan - are a fortune compared with incomes in the countryside. Many remit money home.

This blue-collar army is more likely to buy a 200-yuan "authentic Guqi" Chinese-made sling bag on Pinduoduo than to spend 14,000 yuan for the Gucci equivalent on JD. With government handouts and savings from their city salaries, they're buying new apartments in Tier 3 and 4 cities. CLSA estimates that shanty-town subsidies accounted for 17 per cent of property sales in such cities last year, while feeding only 3 percent of retail sales.

In other words, people in lower-tier cities upgrade their housing and bargain-hunt for everything else. After delivering packages in the rain and cold for 14 hours a day they want the convenience of shopping from home without the cost of a high-end e-commerce site.

There's one big danger, however, in following the theme of rising small cities.

Shanty-town cash settlements are essentially helicopter money from the People's Bank of China to underdeveloped areas, and there is evidence that this flow is slowing. Pledged supplemental lending, routed via the policy banks to fund these projects, dwindled to an 18-month low in August.

China's blue-collar spenders may soon feel the pinch, too.