SINGAPORE - Temasek Holdings is set to take control of conglomerate Keppel Corporation with an offer by its wholly-owned subsidiary Kyanite Investment Holdings to acquire an additional 30.55 per cent of Keppel shares at $7.35 apiece in cash.

If successful, the $4.08 billion deal will bump Temasek and Kyanite's total holding up to 51 per cent, on top of Temasek's current direct holding of a 20.45 per cent stake in the conglomerate.

Temasek intends to keep Keppel listed on the Singapore Exchange, the state investment firm said in a media statement on Monday afternoon (Oct 21).

The offer represents an opportunity for shareholders to monetise part or potentially all of their investment in Keppel, at a premium over the last traded price of the shares, Temasek said.

After the successful close of the offer, Kyanite intends to work with Keppel's board of directors to undertake a comprehensive strategic review of its businesses with the objective of creating sustainable value for all shareholders.

Kyanite may propose new directors to Keppel's board after the close of the offer, in order to facilitate this strategic review, Temasek said on Monday.

Last week, Keppel announced it will add three new independent directors to its board. It also posted a 30 per cent drop in third-quarter net profit to $159 million, from a restated $227 million a year ago, amid the absence of gains from the divestment of a commercial development in Beijing and higher net interest expense.

Kyanite remains "open to all possibilities" arising from the strategic review, Temasek said on Monday. These may include Keppel refocusing on and strengthening certain businesses, and/or potential corporate actions including joint ventures, strategic partnerships, acquisitions, disposals or mergers. 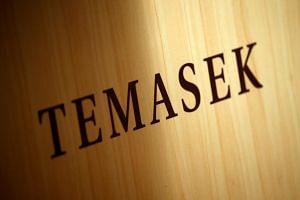 Tan Chong Lee, president of Temasek International and director of Kyanite, said: "The partial offer reflects our view that there is inherent long-term value in Keppel's businesses, notwithstanding the challenges presented by the current business and economic outlook."

The pre-conditions for the offer include domestic and foreign regulatory approvals being obtained. The offer will only be made if and when each of the pre-conditions is satisfied or waived, and this process is expected to take several months.

The making of the offer is also subject to the Keppel group's financial performance and condition not deteriorating meaningfully over the period, and, where applicable, the consents of counterparties to material contracts which a Keppel group company is party to.

Each of the pre-conditions must be satisfied or waived by 5pm on Oct 21, 2020, otherwise the offer will not be made.

The offer will require both majority approval by more than 50 per cent in value of valid votes cast, as well as acceptances of not less than 30.55 per cent of the total issued shares such that Temasek and Kyanite will directly hold 51 per cent.

Certain independently managed and operated subsidiaries of Temasek hold about 1.04 per cent of Keppel shares as at Oct 18. Including this 1.04 per cent interest, the offeror and concert parties will have a resultant shareholding of 52.04 per cent at the offer's close.

Morgan Stanley Asia (Singapore) is the sole financial adviser to Kyanite for the partial offer.

Mainboard-listed Keppel Corp requested a trading halt before the market opened on Monday.