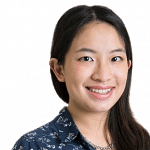 SINGAPORE - Singapore has moved up two spots to place fifth in this year's Global Innovation Index, while remaining top of the list among countries in South-east Asia, East Asia and Oceania.

In the overall global ranking, Singapore ranked behind Switzerland, the Netherlands, Sweden and the UK, and beat the US (which fell from fourth place last year), Finland, Denmark and Germany.

Among regional countries, Singapore did better than South Korea, which placed 12th overall, and Japan, which was 13th globally.

The report also noted that some middle and lower-income economies such as Indonesia, Malaysia, Thailand, and Vietnam continue to move up the ranking in terms of innovation "perform significantly better on innovation than their level of development would predict".