This will mean that the SilkAir name and aircraft livery - founded in 1992 - will be phased out in a few years.

The announcement by SIA on Friday morning (May 18) comes a day after the airline announced an almost 150 per cent hike in its full-year profits, with earnings for the 12 months to March 31, 2018, hitting $893 million.

SIA said the SilkAir upgrade programme will comprise an investment of more than $100 million to upgrade aircraft cabins with new lie-flat seats in business class and the installation of seat-back in-flight entertainment systems in both business and economy class.

This will ensure closer product and service consistency across the SIA Group’s full-service network.

In his annual post-results briefing on Friday, SIA’s chief executive Goh Choon Phong said that there is still a demand for “SilkAir-type services, especially to bigger regional cities”.

However, the short-haul regional market is extremely competitive, with budget carriers accounting for more than half of total capacity within South-east Asia. This makes it challenging for SilkAir, he added. 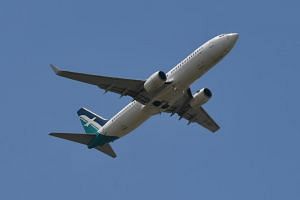 5 things to know about SilkAir

Aircraft cabin upgrades are expected to start in 2020 due to lead times required by seat suppliers, including to complete certification processes.

The actual merger will take place only after a sufficient number of aircraft have been fitted with the new cabin products.

It is not clear how the merger will affect SilkAir staff, especially, and whether jobs could become redundant.

The Straits Times had first reported on a possible merger between the two carriers in August 2017 when part of SilkAir's finance operations went to SIA. It was said then that this would likely pave the way for further consolidation and eventually, a full merger.

The merger follows a similar consolidation between the group's budget carriers. In July 2017, Tigerair was folded into Scoot to drive commercial and operational synergies between the two airlines. 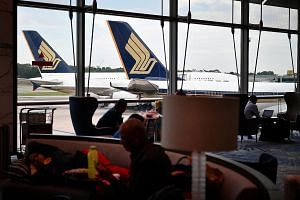 Consistent with ongoing efforts to optimise the SIA Group’s network, there will also be transfers of routes and aircraft between the different airlines in the portfolio, SIA said.

“Singapore Airlines is one year into our three-year transformation programme and today’s announcement is a significant development to provide more growth opportunities and prepare the group for an even stronger future,” said Mr Goh.

He said: “Importantly, it will be positive for our customers. It is another example of the major investment we are making to ensure that our products and services continue to lead the industry across short-, medium- and long-haul routes.”

Mr Goh is expected to shed more light on the merger when he meets journalists and analysts on Friday morning during his annual post-results briefing.

It is currently transitioning to an all-737 fleet, and serves 49 destinations in 16 countries.

SIA also said it expects to grow its operating fleet size to 117 for SIA by March 31 next year, compared with 107 as of end March this year; increase SilkAir's fleet size by one to 33, and Scoot by eight to 48. The size of the operating cargo fleet is expected to remain the same.