SINGAPORE - The Singapore Exchange announced it will not resume trading on Thursday (July 14) after a technical malfunction had led to suspension of trading since mid-morning.

The bourse said the suspension, which began at 11.38am, was caused by duplicated trade confirmation messages. It said, in a media announcement at the time, that it had temporarily ceased securities trading. Two attempts to reopen the market during the day failed, and trading could not restart at 2pm, and then 4pm.

Later, SGX announced that the securities market will not resume trading and not reopen for the day. Trading on SGX's derivatives market continued as normal on Thursday.

4.1 We would like to inform that the securities market will not resume trading at 1600 hours and will not re-open today.

It was a chaotic day on Thursday with updates from the SGX adding to the confusion.

Traders had already been experiencing problems an hour into the day’s session while keying in and withdrawing orders. At 11.38am, the  system went offline. 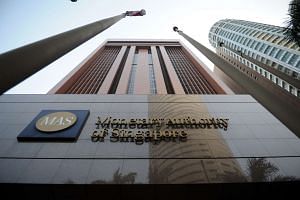 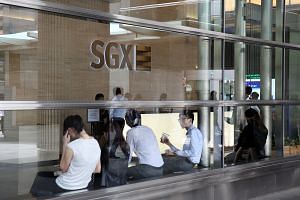 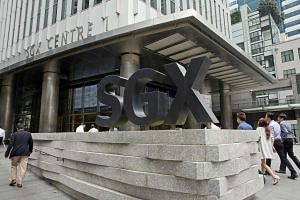 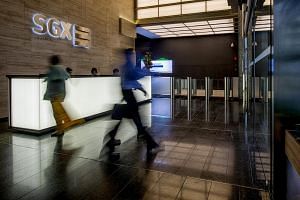 Trading reopens on the Singapore exchange on Friday, day after major outage 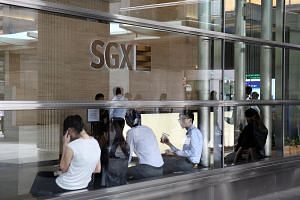 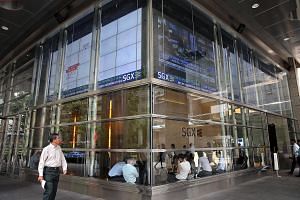 SGX sent its first alert at 11.50am saying that stock trading had temporarily ceased.

At 12.39pm, the SGX sent its second alert, informing the market that the glitch was due to duplicate trading confirmation messages in the system, but gave the assurance that the market remained orderly. It said that trading would resume at 2pm.

However, at 1.53pm,  SGX sent another alert that trading would not resume at 2pm.

At 4.01 pm, SGX said that the market would not re-open for the day. It did not say when trading would resume.

The trading glitch gave commentators and remisiers a chance for some quips.

Among the comments on Shareinvestor's online forum were these: "SGX must have bought its system from China, with tiny cracks in it,"  referring to the hairline cracks found in some of SMRT's China-made trains.

SGX last suffered major trading disruptions in 2014. On Dec 3, 2014, market opening was delayed to 12.30pm because of a software glitch. On Nov 5, 2014, multiple power supply issues resulted in a three-hour trading crash that affected the derivatives trading system as well.

Last year, the Monetary of Authority of Singapore reprimanded SGX for lapses related to those two outages.

There was also a near two-hour disruption in derivatives trading last August after a technical fault.

Traders told The Straits Times on Thursday that they began having problems keying in and withdrawing orders as early as 10am. But all trading stopped at 11.40am and the SGX alert came out 10 minutes later.

Singapore Exchange is home to South-east Asia's largest stock market, with total capitalisation of US$494 billion (S$665.3 billion), according to data compiled by Bloomberg.

About S$1.6 billion of shares changed hands on an average day in the past 12 months.

Technical errors in trading occasionally occur in today's largely automated financial markets. Malfunctions at Deutsche Boerse, Europe's biggest derivatives exchange, disrupted trading in February and July 2015, while there was a one-hour halt in trading on Euronext NV's derivatives products in March last year. The New York Stock Exchange had an outage a year ago that lasted 3½ hours.

"To be fair, when it comes to technical things, nothing is ever fault-free, so we shouldn't expect zero problems," one remisier who wished to be known only as Edward told The Straits Times. "Not to mention we don't yet know what actually happened, so let's not point the finger first."