SINGAPORE - The Singapore Exchange (SGX) on Monday (Aug 6) said it will make amendments to its listing rules following the Monetary Authority of Singapore's (MAS) acceptance of a slew of recommendations to strengthen director independence and encourage board renewal and diversity for listed companies.

The rule changes include moves to strengthen director independence by rationalising tests of independence, lowering the shareholding threshold to determine a director's independence to 5 per cent from 10 per cent, and limiting the tenure for an independent director (ID) to nine years through a two-tier shareholders' vote.

"The longer transition period accords companies sufficient time to ensure the composition of their boards is able to meet the requirements of the listing rules, it said.

The CG Council, which was set up by the MAS in February last year to review the Code of Corporate Governance, on Monday submitted to the authority its final recommendations on revisions to the code.

"The recommended revisions to the Code and SGX Listing Rules seek to enhance board quality by strengthening board independence and diversity, and encourage better engagement between companies and their shareholders as well as other stakeholders," it said.

Mr Chew Choon Seng, council chairman, added: "The council had robust discussions over the last year to balance the perspectives of the various stakeholder groups. We have refined the recommendations in relation to director independence and board composition after taking into consideration feedback from the public consultation."

The MAS has in turn accepted all the recommendations by the council and issued the revised code, which makes clear how companies should adopt the comply-or-explain regime. 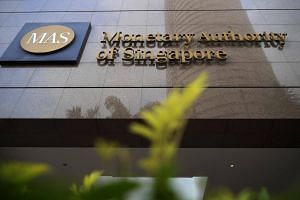 In line with the recommendations, it also expects to set up an independent CGAC by the end of this year to monitor companies' implementation of the code, and provide support to companies by promulgating good practices and areas for improvement. The CGAC will also advise regulators on corporate governance issues. It will comprise senior practitioners with experience as board chairmen or directors, corporate governance experts and representatives from diverse stakeholder groups.

The MAS added that the SGX listing rules have been amended to clarify the expectations under the comply-or-explain regime, to ensure that companies provide meaningful disclosures to their stakeholders.

Key changes to the Code to encourage board renewal, strengthen director independence and enhance board diversity will reinforce board competencies, it added.

"Other code revisions on disclosures of the relationship between remuneration and value creation, and consideration of the interests of groups other than shareholders will encourage better engagement between companies and all stakeholders."

Ong Chong Tee, deputy managing director (financial supervision) at the MAS said: "The revised code is more concise and less prescriptive, and is designed to encourage more thoughtful application. It will help spur better corporate governance practices among companies to sustain long-term business performance. The establishment of the CGAC will strengthen the corporate governance eco-system and enhance market discipline."