With equities on the slump, rotation in safe havens, such as gold, resumes 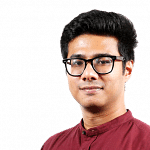 With fears mounting over the possibility of a worldwide recession, worst-case scenarios of a sustained spread in Europe and the United States are starting to be priced in, AxiCorp chief market strategist Stephen Innes noted.

The negativity across regional markets did not surprise Oanda Asia-Pacific senior market analyst Jeffrey Halley, who felt the sentiment reflects "the state of the world right now" instead of "rallies built on foundations of sand" after the United States' Federal Reserve lowered rates on Tuesday.

Elsewhere in the Asia-Pacific, Australia, China, Japan, Hong Kong, Malaysia, South Korea and Taiwan all closed with losses. Australia's ASX 200 fared the worst, skidding 2.8 per cent to 6,216.20, near an 11-month low.

With equities on the slump, rotation in safe havens such as gold resumed. Spot prices traded as high as US$1,685.60 an ounce during the Asian session. It is having its best weekly gain since late October 2011.

Yangzijiang Shipbuilding was the STI's most active counter and best performer, managing to stave off the broad market sell-off. China's largest non-state shipbuilder jumped 5.2 per cent to 90.5 cents.

She added that the stock is trading below its net cash value of $1.05 a share and trading at a 40 per cent discount to regional peers. A version of this article appeared in the print edition of The Straits Times on March 07, 2020, with the headline Regional shares fall on fears of global recession. Subscribe