SINGAPORE - Alleged penny stock crash mastermind John Soh Chee Wen, who along with a number of individuals were under investigation for the 2013 penny stock crash, has been arrested by the authorities, The Straits Times has learnt.

Described by the Public Prosecutor in January as the "mastermind" behind the infamous penny stock crash which wiped out S$8 billion in market value in just days in October 2013, Soh, 57, will be charged on Friday (Nov 25) for his role in Singapore's biggest securities fraud case, his lawyer Tan Chee Meng told The Straits Times.

The Public Prosecutor in January had indicated that charges were expected to be filed by the end of the year. 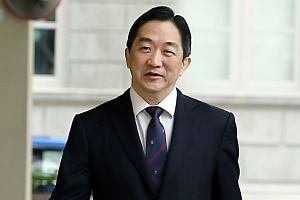 Soh, whose passport has been impounded since April 2014, has been helping the Commercial Affairs Department (CAD) with its probe, which centres on possible violations of the Securities and Futures Act over trading in Blumont Group, LionGold Corp and Asiasons Capital, which surged between 150 per cent and 800 per cent in less than nine months before losing most of their value in just three days in October 2013.

The CAD had also sought the assistance of executives from ITE Electric including former non-executive independent director Goh Hin Calm.

Shares of ISR Capital, formerly known as Asiasons WFG Financial, and was also linked to the penny stock crash, dived 55 per cent or 15.8 cents to 12.7 cents earlier on Thursday, prompting a query by the Singapore Exchange. ISR requested a trading halt this afternoon pending its reply to the query.