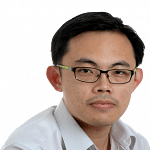 SINGAPORE - The acquisition of a stake in One Raffles Place helped OUE Commercial Reit double its net property income in the three months to Dec 31.

OUE C-Reit chief executive Tan Shu Lin said the Reit has delivered a strong set of results, noting that there was a double digit growth in distributions for this year compared last year.

Total distribution per unit for the full year was 4.38 cents, up 20.7 per cent from last year, and representing a yield of about 7 per cent.

"We are pleased that despite the challenging environment, operational performance at OUE Bayfront and Lippo Plaza continued to be solid, with the acquisition of One Raffles Place augmenting the earnings of OUE C-Reit," she said.

The Reit manager was paid $2.4 million in base fees for the last quarter, while the manager's acquisition fee stood at $10.7 million, following the acquisition of One Raffles Place.

The Reit also said that after a recent valuation of its properties, its portfolio stood at about $3.4 billion, translating into a net asset value of 96 cents.

Committed office occupancy rates at OUE Bayfront was 98.2 per cent, while Lippo Plaza was 99.2 per cent. One Raffles Place had a committed occupancy level of 90.1 per cent.

The Reit also saw positive double digit rental revisions for its Singapore properties - OUE Bayfront had 19.9 per cent higher rental revisions while rents at One Raffles Place were up 11.8 per cent. Lippo Plaza in Shanghai saw a 9.7 per cent increase.

These higher rent revisions will benefit the Reit's income flows in 2016.