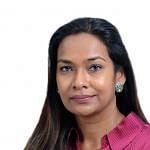 SINGAPORE - Embattled Noble Group won an overwhelming nod from shareholders to push through its do-or-die debt-for-equity rescue plan at a special general meeting (SGM) in Singapore on Monday (Aug 27).

The much-anticipated meeting, deemed a "day of reckoning" for the commodity trader and held at a hotel banquet hall with a seating capacity of nearly 350, was attended by some 222 registered shareholders.

The latest outcome paves the way for a revamped "New Noble" whereby under a controversial restructuring plan, Noble will hand over a bulk or 70 per cent of the equity to senior creditors, 10 per cent to management and the rest to existing shareholders.

The primary restructuring was largely deemed a shoo-in even before the special general meeting as it has already secured irrevocable undertakings from shareholders owning some 30 per cent.

The scheme had also earlier secured an aggregate of 86 per cent of existing note Creditors and existing revolving credit facility (RCF) lenders who have provided their irrevocable undertakings.

"So far, the board has fulfilled its commitment to avoid insolvency and today that rests on shareholders' hands, " said Noble chairman Paul Brough at the start of the meeting.

Trading in Noble shares was halted on Monday pending the outcome of the meeting with the stock last traded at 14.9 cents.

Noble's restructuring plan has drawn vociferous attacks from several directions since it first laid out the details in May this year, not least because it doesn't imbue hope as the team leading the troubled trader is viewed as essentially the same team that critics say is responsible for the company's woes.

Mr Brough told shareholders that the new company will have a new chairman while the board is also being built up as a headhunter has been hired to look for potential candidates.

"I have a particular set of skills that have been tested to the limits with this restructuring.

"Once restructuring is completed, we need a chairman with deep industry knowledge as this Industry can be complicated."

The outcome of the keenly awaited shareholder meeting follows an "arduous", "protracted" and "hazardous" journey as Mr Brough described it, with stumbling blocks including legal woes for Noble since it unveiled the debt revamp plan earlier in the year.

But even with the path now clear for the revamp to unfold, doubts still persist on the future sustainability of New Noble which will become an asset light and Asian-focussed commodity firm.

The queries by several shareholders at the meeting on Monday on the direction of the revamped company further reflected this concern.

At the meeting, a whitewash resolution required for independent shareholders to waive their right to receive a mandatory general offer from the senior creditors' group who will own 70 per cent of New Noble shares also pulled through.