LOS ANGELES (BLOOMBERG) - Netflix Inc said it will test a lower-priced version of its film and television streaming service in some markets to boost sales.

The company hasn't committed to lowering prices anywhere, but does want to experiment, chief executive officer Reed Hastings said in an interview on Friday (Nov 9). He didn't say when or where the test would be conducted.

A lower-priced offering would be a departure for Netflix, which has maintained or raised prices in major markets as it adds content and invests in local productions to draw subscribers. While the company alluded to experiments with cheaper subscription deals in a conference call last month on its earnings, this is the first time Netflix has said it will test a lower-priced tier in some markets.

Netflix offers subscriptions at three price levels, and doesn't plan to lower that of its cheapest tier. Instead, executives are formulating an alternate version of the service, or a fourth tier, that will have different features and cost less.

Netflix streaming first gained traction in the US by offering a buffet of TV shows and movies for a fraction of the cost of pay-TV, encouraging millions of people to cancel their cable and satellite subscriptions - also known as cord-cutting. Now, the world's largest streaming service is looking for growth in countries where per-capita income is significantly lower.

Prices vary a bit by territory, and the cheapest US plan is about US$7.99 (S$11). Many in Asia, including PCCW Ltd's Viu, offer a free service and a paid service, with the latter typically priced between US$2 and US$5 a month.

"Leaving prices where they are, we are a very premium service," Todd Yellin, Netflix's vice-president of product. 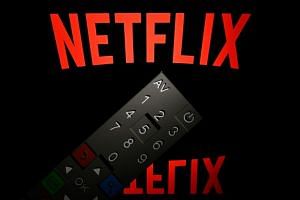 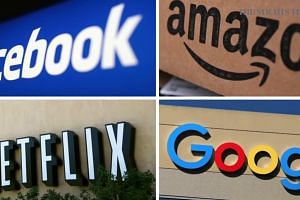 Netflix, the world's largest streaming service with more than 130 million subscribers, is looking to Asia as fertile territory for new customers after entering the region three years ago. The company announced 17 new shows from five Asian countries at an event last week in Singapore, where it hosted more than 100 journalists and social media influencers from across the region.

The service is developing more than 100 film and TV projects across India, South Korea, Japan, Thailand and Taiwan and has set up a local headquarters in Singapore. It is also looking to hire in Seoul, Tokyo and Mumbai.

Still, growth has been slow in the region. The company has yet to amass two million subscribers in any country, according to estimates by Media Partners Asia. Hastings said Netflix could attract as many as 100 million customers in India alone.

The most popular video service in Asia, and the world, is Alphabet Inc's YouTube. A bottomless repository of free videos, YouTube has added hundreds of millions of users as access to cheap, high-speed Internet has spread across the region.

"At what point do these guys start saying we need to change our pricing," said Vivek Couto, executive director of Media Partners Asia, a consultancy. "He's not going to get 100 million subscribers in India with the current strategy."

Hastings said he isn't too worried about local competitors, nor is he trying to be as ubiquitous as YouTube. In India, for example, the company is targeting the 100 million or so people who speak some English, and earn enough money to afford a video service like Netflix.

Beyond experimental price cuts, Netflix is also interested in raising prices in other markets.The company has burned through cash to expand its selection of TV shows and movies and has increased prices in many of its markets over the past few years without losing customers.