SINGAPORE - An oil trader at Mitsubishi Corporation's Singapore subsidiary Petro-Diamond Singapore has been fired and reported to the police after causing a loss of around US$320 million (S$441 million) through unauthorised derivative transactions.

Petro-Diamond Singapore has closed the positions and Mitsubishi is still assessing if the trades will impact its earnings.

The trades were uncovered when the company investigated the employee's transactions during his absence from work in mid-August, Mitsubishi said in a statement on Friday (Sept 20).

He was fired on Sept 18 and reported to the police the next day.

The employee, who handled crude oil trade with China, was found to have engaged repeatedly in unauthorised derivative trades since January and disguising them to look like hedge transactions.

The derivative transactions appeared to be associated with actual transactions with Petro-Diamond Singapore's customers as the employee was manipulating data in the company's risk-management system.

The firm suffered "large losses from derivatives trading" due to the falling price of crude oil since July, Mitsubishi said. This prompted it to start investigating the employee.

The Japanese trading house said its investigations also showed that Petro-Diamond Singapore has "sufficient internal controls in place" and has "tightened its governance to ensure that any similar improprieties can be detected at a much earlier stage".

A Mitsubishi spokesman told Reuters that this was the first loss of its kind in its history. 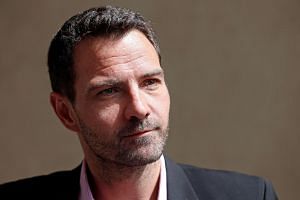 Petro-Diamond Singapore declined to comment as the incident is under investigation.

Police confirmed that a report has been lodged and are looking into the matter.

A long-time trader in the regional market told Reuters: "It's a bit surprising (because) in the Japanese houses there are a lot of checks and double-checks but I'm not sure what automated compliance systems there are, or if they have any."

Bloomberg noted that the oil market has a history of trading busts. Last year, Chinese state oil giant Sinopec suspended two top officials at its trading arm Unipec after suffering around US$656 million in losses.

In 2007, Japanese trading company Mitsui & Co closed its Singapore oil trading unit after a trader lost US$81 million in hidden naphtha trades the year before.