SINGAPORE - Singapore and Malaysia's Kwek/Quek family behind the Hong Leong Group is Asia's seventh richest family with a combined wealth of US$18.5 billion (S$25.87 billion), down from sixth last year, according to Forbes' 2016 ranking.

Leading the list for the second year in a row is South Korea's Lee family behind the Samsung Group, with a combined wealth of US$29.6 billion. Thailand's Chearavanont family, which runs the Charoen Pokphand Group, rose to the No 2 spot with a net worth of US$27.7 billion.

Indian families stood out on the list, with 17 out of the top 50 families hailing from India, up from 14 last year.

While most on the Forbes list have kept their flock together over generations, the 50 also includes those who've gone their separate ways in business or are entirely estranged. For example, India's Ambani family, who are No 3 on the list with US$25.8 billion. The family combines the wealth of brothers Mukesh and Anil, who inherited most of their father's fortune on his death in 2002 but opted to do business separately.

Collectively, the families on its Asia's 50 richest list are worth US$519 billion.

Seven Singapore families made it to the 2016 list. They include the Kuok family at No 15 with US$13.4 billion, whose founder Robert Kuok sold stake in the South China Morning Post to Alibaba for US$265 million. The Kuok Group still owns the luxury Shangri-La hotel chain. The Ng family is at No 23 with US$8.7 billion. Patriach Ng Teng Fong's son Philip oversees Singapore developer Far East Organization. The Khoo family, at No 29 with US$6.2 billion, own the Goodwood Park Hotel and others. 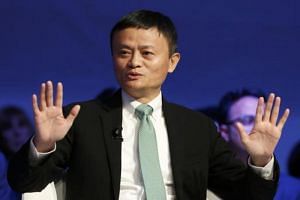 The Kweks in Singapore and their cousins, the Queks in Malaysia, own and manage the Hong Leong Group founded by Kwek Hong Png and his three brothers. Today the globally diversified conglomerate has assets of S$25.87 billion with interests in property, financial services, consumer and industrial-goods trading. Kwek's eldest son, Kwek Leng Beng, runs the Singapore operations. Across the border, his cousin Quek Leng Chan chairs its Malaysia business. Grandson Sherman, Leng Beng's son was appointed deputy CEO of CDL in April.

Forbes compiled its first list of Asia's richest families last year. To qualify, a family's wealth and participation in building that fortune has to extend at least three generations. Thus the family of Hong Kong billionaire Li Ka-shing is absent from the ranking as while his sons are active in business, no grandchildren have yet taken serious roles.

It is also why while many of the richest families in Asia are of Chinese descent, none of them are based in China where family conglomerates are young.