SINGAPORE - Singapore-listed logistics firm CWT confirmed on Monday morning (May 16) that its controlling shareholders have entered into exclusive talks in a "potential transaction" with a unit of Chinese conglomerate HNA Group Co.

Media reports last week said CWT's controlling shareholder, C&P Holdings Pte Ltd, was looking to sell its stake in a deal that could trigger a general offer for CWT.

C&P Holdings Pte is owned by the founders of CWT, who have a stake of more than 30 per cent in the logistics company. Separately, the individual founders also have additional shares in CWT. 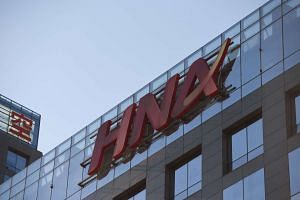 Who is HNA? The Chinese group in talks to acquire Singapore's CWT

"There is no certainty or assurance that such negotiations between C&P and its controlling shareholders and HNA Group will result in any definitive agreement or transaction or lead to a consummation of the potential transaction," CWT said on Monday.

It said the company will make an appropriate announcement in the event that there is any material development.

In the meantime, it advised shareholders of the company to exercise caution when dealing in the shares of the company and to refrain from taking any action in respect of their shares which may be prejudicial to their interests.

In February, HNA made one of the biggest acquisitions ever by a Chinese company abroad when it agreed to buy US technology distributor Ingram Micro Inc for about US$6 billion (S$8.25 billion). Last month, it cut a deal to buy the owner of the Radisson hotel chain and a reached a separate US$1.5 billion agreement for Swiss air-travel logistics company Gategroup Holding.