SINGAPORE - The landmark horse-shoe shaped Pearl Bank Apartments near Outram Park MRT station will be torn down for redevelopment after it was sold to CapitaLand in a S$728 million collective sale.

CapitaLand said that the acquisition - which matched the owners' reserve price - was through a private treaty collective sale. With an additional lease top-up premium estimated at S$201.4 million, the sale price translates to a land price of about S$1,515 per sq ft per gross floor area.

Subject to certain conditions, CapitaLand plans to redevelop the site into a high-rise residential development, comprising about 800 units with "social, shared facilities".

The 37-storey development was sold following the close of its collective sale tender on Dec 19, 2017. The building comprises a total of 288 units (280 apartments and eight commercial units), and has a 99-year leasehold tenure with effect from June 1970.

The site of the apartments is subject to the Pre-Application Feasibility Study (PAFS), which was announced by the Urban Redevelopment Authority on Nov 13, 2017.

Mr Alex Poh, chairman of the Pearl Bank Apartments collective sale committee, said: "The introduction of the PAFS - just weeks before the close of the public tender - was a setback for the collective sale as interested parties needed more time to assess its impact. Despite the challenges, we are pleased that Colliers, with its extensive network of investors and real estate expertise, managed to secure a deal through private treaty. This is a very good result for the owners amid a red-hot collective sale market." 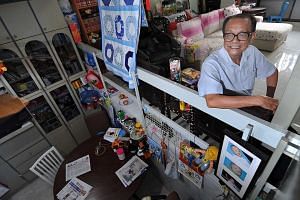 Pearl Bank still special after all these years 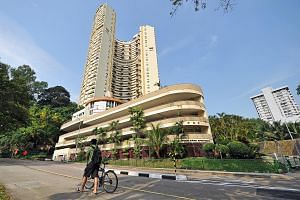 While residents had previously explored the idea of conserving Pearl Bank Apartments due to its history and design, "recent sentiment has strongly shifted to redevelopment", he said.

"A deeper analysis of the building structure and the required enhancement work shows that conservation would be a costly undertaking and a huge burden for the owners. It is not a viable nor favourable option for the residents.

The site is located near Outram Park MRT station, which is linked to the East-West Line and North-East Line. It will also be connected to the upcoming Thomson-East Coast Line, which will open in phases starting from 2019.

The tender for Pearl Bank Apartments was launched on Nov 16, and closed on Dec 19 at 3pm. According to laws governing collective sales, the owners may enter into a private treaty contract with a buyer within 10 weeks from the close of the public tender.