SINGAPORE - The Monetary Authority of Singapore (MAS) said on Tuesday (May 7) it is studying whether to admit digital-only banks that have emerged out of fintech firms as licensed entities.

Responding to a query from The Business Times on whether Singapore will offer virtual bank licences, an MAS spokesman said that the authority has been reviewing how digital-only banks with a "non-bank" parentage can offer value, and how potential risks will be managed and contained.

This comes as MAS clarified that since 2000, Singapore-incorporated banks have been allowed to set up banking subsidiaries to pursue digital-only business models.

It said that Singapore's banking market is well served by many local and foreign banks offering a full suite of services, through both digital and non-digital channels. MAS added that banks are also actively improving their digital offerings in cooperation with fintech companies.

"That said, banks are not alone in harnessing digitalisation. Technology and other non-bank firms have been making large digital strides, and they have brought substantive value to their customers in doing so," MAS said. 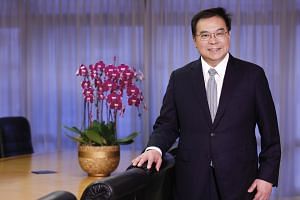 With that, some of these non-bank firms have established digital-only banks, either among themselves or in partnership with incumbent banks.

"MAS is studying whether to admit such digital-only banks with non-bank parentage. We have been engaging relevant stakeholders to ascertain the unique value that such entrants could bring to our banking landscape, and understand how potential risks will be managed and contained."