SINGAPORE - Within a span of just two years, Singapore saw a near-threefold increase in its use of fintech products and services, according to research by global professional services firm EY.

Currently in its third year, the index was based on an online survey of more than 27,000 digitally active consumers across 27 markets. This year's survey also included 1,000 small and medium enterprises (SMEs) utilising fintech services in Mainland China, the US, the UK, South Africa and Mexico.

Said Varun Mittal, global emerging markets fintech leader at EY: "Singapore has enjoyed significantly increased rates of consumer fintech adoption, and we expect even higher rates in future, due to the supportive regulatory environment. Singapore may be a relatively small business-to-consumer (B2C) market by size, but it is a hotbed for innovation and a great launchpad for startups and businesses to build their technology, test it, and then scale across South-east Asia."

Mr Mittal added that most Asian markets benefit from a powerful "fintech feedback loop", with the increased adoption driving increased innovation, and vice-versa.

"As Mainland China continues to lead on consumer and SME-focused financial services innovation, the inspiration from Chinese fintechs is increasingly permeating across the region. This influence can be seen in the response of incumbent institutions seeking to build out their own fintech-inspired propositions, as well as increased regulatory support for non-traditional challenger players across banking, insurance, and wealth management," he said. 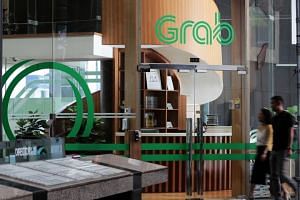 According to EY's latest index, customer expectations have also evolved, resulting in disruption and innovation in the financial services industry.

In fact, traditional banks, insurers and wealth managers are disrupting their own propositions, by offering digitally accessible and technology-forward services, EY said.

Its findings also show that 27 per cent of consumers ranked pricing as their top priority when choosing a fintech service while 20 per cent picked ease of opening an account.

That being said, trust is the top barrier to using a fintech challenger as opposed to traditional financial institutions in markets such as Chile, France and Japan.

Mr Mittal also noted that there is an emerging trend towards industry convergence, with sector leaders in adjacent industries such as transport, retail, and telecommunications increasingly offering digitally enabled financial services.

"This is yet another area in which we believe that Asia will take a leading role, as they already have with fintech innovation and adoption," he said.