Lipper head of Asia-Pacific research Xav Feng said CPFIS funds achieved encouraging returns, given the US and global markets' rebound in the first quarter of 2019. He added that the United States Federal Reserve has kept interest rates on hold despite pressure from US President Donald Trump.

"Meanwhile, the trade deal between US and China is expected to include renewed commitments from China to strengthen its protection of intellectual property and provide greater access to Chinese markets. However, it's still a big uncertainty before two sides come to a conclusion," Mr Feng said.

For the one-year period ended March 2019, the overall performance of CPFIS-included funds saw a slightly positive return of 0.80 per cent on average. Unit trusts increased 0.41 per cent on the year and ILPs rose 0.91 per cent.

During the same period, the MSCI All-Country Asia ex Japan Index fell 1.81 per cent. Bond funds outperformed the mixed-asset class, rising 2.71 per cent on average, while mixed-assets posted a rise of 1.37 per cent. Money market funds increased 1.28 per cent. 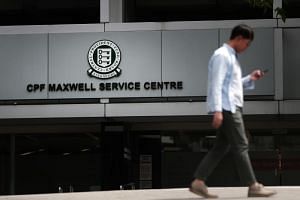 For the same period, the MSCI All-Country Asia ex Japan Index rallied 42.11 per cent. Equity funds was the lead gainer with 31.97 per cent growth, and bond portfolio posted positive return of 5.13 per cent on average.