SINGAPORE - Sovereign wealth fund GIC is wary about the global economic outlook, given high asset valuations, inflation concerns and uncertainty over the trajectory of the pandemic.

It expects that the returns from a broad range of asset classes will be low for the next five to 10 years, despite world economic growth expected to be strong in the near term, thanks to government stimulus and economies reopening, noted GIC chief executive Lim Chow Kiat at a briefing yesterday.

But the challenge is that asset prices have already begun to reflect this recovery picture, he added.

GIC has always adopted a diversified approach to safeguard against risk and is careful with assets with high valuations, especially in such an environment, said Mr Lim.

"In some cases, we may be able to structure our deals in a way that gives us more downside protection," he added.

GIC's report out today also says that there has been a sharp rise in government debt across the world, which reached 87 per cent of global gross domestic product by the end of last year.

Group chief investment officer Jeffrey Jaensubhakij noted that the increase in debt is because of the fiscal support that governments have provided to keep their economies afloat amid the pandemic. Combined with the fact that bond yields have declined, it would mean that holding such debts may not provide a good return.

"I think it is a concern for us, and we are thinking... how do you diversify away from government debt that (has) so low return or negative return, and yet more and more of it is being issued," he said.

Nonetheless, GIC believes that there are areas of growth to be captured with the accelerating technological transformation, growing emphasis on sustainability, and the increasing need for businesses to reconfigure their supply chain.

GIC noted that its investment teams seek to diversify across asset classes and geographies to make its portfolio more robust, adding that it is setting up its 11th office - in Sydney - next year to better source for opportunities.

Dr Jaensubhakij acknowledged that the trends that GIC has identified have also been earmarked by other investors as areas of opportunity.

These are competitive spaces to be in, he noted, "but I think we are going to lean on whatever advantage we can muster around our partnerships, our local teams and our long-term capabilities to try to find those opportunities where (we) can".

Good GIC showing will give coffers a boost

Mr Lim noted that in the past five years or so, GIC has become more active in the private markets and in collaborating with different external managers and portfolio companies.

It expects that the next decade will be defined by more of such partnership efforts, he added.

Mr Lim also noted that GIC has invested in blockchain infrastructure assets and believes in the potential of the technology, but added: "Crypto remains a market that has a lot of speculation, so we are not involved in that." 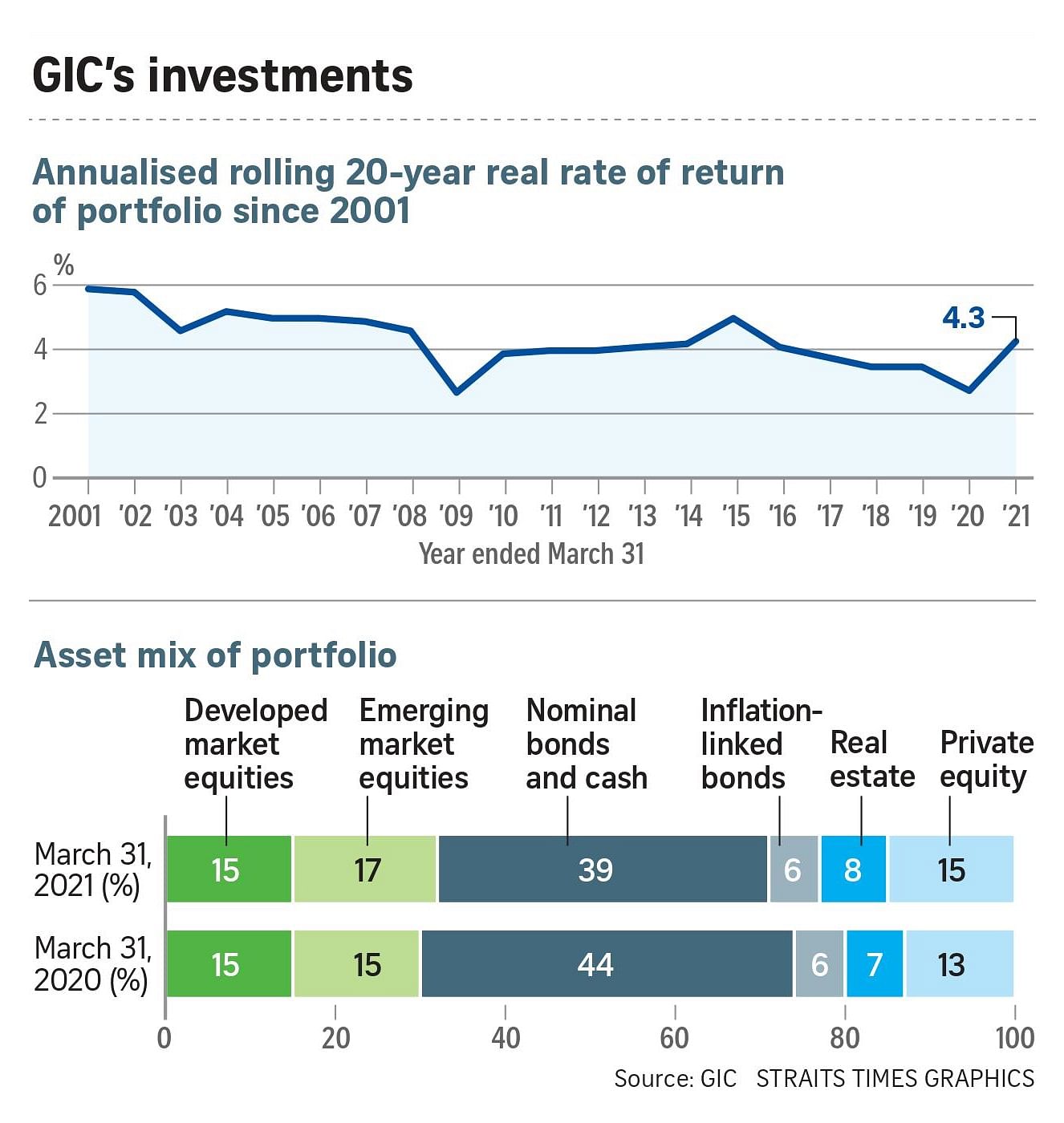