SINGAPORE - Since the 1MDB scandal broke, financial penalties of up to S$29.1 million have been imposed on eight banks in Singapore for various breaches of anti-money laundering regulations; BSI and Falcon Bank have shut down and prohibition orders have been slapped against four individuals. Some are among five who have also been charged and fined and/or jailed for their involvement.

Here's a quick look at the timeline of events: 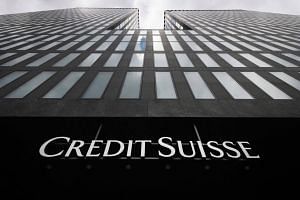 Oct 10, 2016: Seven charges each filed against Yak Yew Chee and against Yvonne Seah

Dec 22, 2016: Yeo Jiawei found guilty of four counts of obstruction of justice and sentenced to 30 months' jail. He appeals conviction and sentence. Seven other charges involving cheating, money laundering and forgery still to be dealt with

March 13, 2017: MAS bans Tim Leissner from Singapore's securities industry for 10 years for issuing an unauthorised letter to a financial institution and making false statements on the bank's behalf without its knowledge. MAS also serves notice of intention to issue lifetime ban against Sturzenegger and Yak Yew Chee and a 15-year ban against Yvonne Seah

May 30, 2017: MAS completes two-year review of eight banks involved in 1MDB related transactions that are known to date. MAS imposes S$700,000 fine against Credit Suisse and S$900,000 fine against UOB for breaches of anti-money laundering rules and control lapses.

May 30, 2017: MAS serves notice of intention to issue a six-year prohibition order each against Kelvin Ang Wee Keng and Lee Chee Waiy, former NRA Capital head of research; and a three-year ban against Kevin Scully, CEO of NRA Capital. Lee was found to have applied inappropriate methodology and assumptions in the valuation of Saudi oil company PetroSaudi Oil Services. Scully failed to ensure that Lee exercised sufficient care, judgement and objectivity in the valuation of PetroSaudi, MAS said.