In his article, the writer urges the Asean Inter-Parliamentary Assembly (AIPA) to strengthen its regional identity through reforms with improved oversight functions.

JAKARTA (THE JAKARTA POST/ASIA NEWS NETWORK) - In the view of many observers, Asean is a success story of regional integration.

Critics, however, deplore the state-centric and elitist nature of Asean.

In the Global South, Mercosur (South American trade bloc), ECOWAS (Economic Community of West African States) and the East African Community have established regional parliaments with a modicum of competencies, including legislative, oversight and budgetary functions.

Asean established a regional parliamentary institution as early as 1977. At the time of the formation of the Asean Inter-Parliamentary Organisation (AIPO), Asean was a club of dictators, raising questions why after all it has been established. 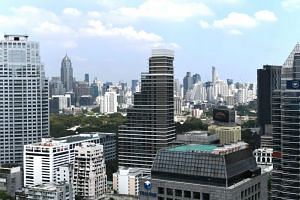 The answer is simple: to provide a facade of legitimacy to Asean and to make it look better in the eyes of Western donors of development aid.

In 2007, AIPO was renamed the Asean Inter-Parliamentary Assembly (AIPA).

However, AIPA is not part of the Asean institutional structure. It is merely listed as an "entity associated with Asean". The renaming did not coincide with an increase of powers.

As in 1977, AIPA is still a consultative and recommendatory body, which meets only once per year for a few days in its General Assembly. Each national parliament names up to 15 legislators, including the House speaker, for the annual General Assembly.

The delegations are hardly representative as especially Asean's authoritarian regimes tend to send MPs closely affiliated with the government.

Fluctuation in the delegations is substantial, preventing the regional parliamentary body from developing a strong identity. The resolutions the General Assembly passes are largely affirmative of the decisions made previously by Asean member governments.

AIPA is thus part and parcel of the regional corporatism by which the body serves as a transmission belt for socialising Asean decisions and policies in the national parliaments.

Repeated calls to elevate AIPA to a full-fledged regional parliament repeatedly came from the Philippines, arguably one of the more open political systems in the region.

Yet, such overtures have been regularly rejected by the majority of Asean members, relegating them in a face-saving way to commissions for further study.

To make AIPA more responsive is thus largely left to its leadership. The current secretary-general Isra Sunthornvut, a former Democrat Party MP from Thailand, is trying in his three-year term to increase the parliamentary body's relevance by internal professionalisation and the focus on specific themes which matter for all Asean countries.

But the sustainability of these advances is dependent on whether the succeeding leadership shares this priority. Internal reforms of AIPA are welcome, but by far not enough.

Even in intergovernmentalist, sovereignty based regional organisations such as Asean, the grouping's policies impact an ever increasing part of the population. The Asean Free Trade Area (AFTA) and even more the Asean Economic Community (AEC) strongly affect the competitiveness of businesses in the member countries with far-reaching repercussions on jobs.

Rural communities and urban poor in the way of large-scale infrastructure modernisation projects, for instance under the Asean Masterplan for Connectivity, face displacement and resettlement.

Policies on labour migration also deeply affect the income, livelihood and welfare of large segments of the population. Under these circumstances, regional organisations must become more inclusive and accountable.

For AIPA reforms this would mean to vest the body with oversight functions.

With rights for parliamentary interrogation, it could invite foreign ministers, senior officials and officials of the Asean Secretariat to appear in AIPA sessions and explain and defend decisions.

Another way forward is upping the frequency of AIPA meetings to say, a two-monthly basis. This would add relevance to AIPA, both in the view of parliamentarians as well as Asean executives.

National delegations should also reflect the true political balance in their legislatures. Moreover, meetings between leaders and legislators must become an obligatory summit event and must be more interactive than in the present format.

And, finally, better funding to conduct more meaningful activities is also an essential step to increase the significance and the visibility of AIPA.

The writer is a professor of political science at the University of Freiburg where he leads the Southeast Asia programme. The Jakarta Post is a member of The Straits Times media partner Asia News Network, an alliance of 23 news media organisations.