In his commentary, the writer urges Malaysians to keep busy at home and refrain from roaming the country's streets.

KUALA LUMPUR (THE STAR/ASIA NEWS NETWORK) - It is the fifth day of the movement control order (MCO) as I write this piece.

Like all Malaysians, my life has been upended by the MCO that was announced by Prime Minister Tan Sri Muhyiddin Yassin on March 16.

The decision to implement the MCO must have been arduous and challenging.

As I previously served in government, I can understand and empathise with the struggles our leaders and policymakers faced in deciding on the MCO.

I recall, whenever difficult decisions (though none of such magnitude) had to be made, we would spend hours and hours, days and days, cogitating over the impact and ruminating over the myriad of literature and facts, and also the social, political and legal implications of such a decision.

I am sure that the Prime Minister and the National Security Council (NSC) weighed all options before taking the drastic step of implementing the MCO.

As the Covid-19 virus spreads, our entire country is at risk. There is a lot of literature on the dangers of the virus, and we know for sure that - if we do not stop it - we will have a larger pandemic and a bigger national crisis on our hands. We do not want that!

The frontline of the virus has shifted from China to Europe but one thing is for sure- no country is immune.

As Prime Minister Muhyiddin, in a sombre and serious address to the nation, announced the MCO and other restrictions, I immediately posted in my family's WhatsApp group chat, that it is the best decision given the increasing number of Covid-19 infections in Malaysia.

However, others, in several other WhatsApp group chats, started hitting out at the decision and started posing questions on its efficacy and management. The MCO had not even started, and we already had "armchair" critics spewing all sorts of nonsense.

It is clear as we enter the fifth day of the MCO that the restrictions and exceptions are being refined and there is more clarity on the "dos" and "don'ts".

No one wants to stay at home for two weeks - but as the PM said, we have to do so because the health and safety of our country depend on it.

Further, with the army supporting the police in the enforcement of the MCO - I do hope there will be greater compliance with the MCO and our attempts to "flatten the curve" of the virus will bear fruit.

Some have tried to politicise this whole situation. Of course, such foolish tactics never escape politicians, but I think we should be conscientious and sensitive to the urgency of the situation.

There will be plenty of time for politics once this crisis is over and the immediacy and severity of the situation requires us to band together as a nation.

In times of crisis and emergency (and this is basic), there must always be a single point of communication.

The PM has designated the NSC as the secretariat of the MCO. All official announcements, save for some, will come from the NSC, the Defence Minister and the PM himself.

This is crucial, so there is a single line of communication to avoid government officials saying different things and confusing all of us.

Further, the PM has addressed the nation twice in the past seven days to calm our nerves and give clarity (both of which is important in any crisis).

The PM's second address was also a call to all Malaysians to take the MCO seriously and with the use of the phrase "Just stay at home," now trending on social media.

While some may treat this as an extended and perfunctory holiday, it is not. The worst thing that can exacerbate the spread of Covid-19 is to travel and roam around nonchalantly.

'Balik Kampung' , playing in the park or taking a stroll on the roads is a bad idea. 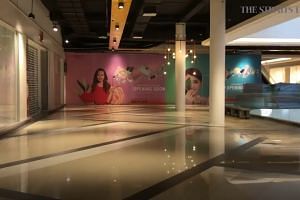 We need to stay at home. We could also use this time to renew and strengthen familial bonds and escape from the pressures of life and relax a little. Eat every meal with your family. Watch Netflix or Amazon Prime or read a book.

There are many things we can do to keep ourselves busy only if we make an effort.

Also, we must curb the spread of fake news. So much of it is going on that the police may have no choice but to take drastic action.

Also, Malaysians who are ill or showing any symptoms of Covid-19 (especially those who participated in the tabligh event at the Seri Petaling Mosque) must get tested.

I have been told that the authorities had to be called in to compel some to undergo testing - this is just irrational and a waste of resources.

We all can do our part to beat this lethal virus and the shorter the time to beat it, the smaller its impact will be on the economy and all of us, and the sooner we can start to rebuild and renew.

I believe the Spanish Prime Minister, Pedro Sanchez, encapsulated the challenge before us as he said the virus will "will test our material and moral capacities to the limit, as well as our spirit as a society."

The writer was formerly Political Secretary to the Minister of Plantation Industries & Commodities. The Star is a member of The Straits Times media partner Asia News Network, an alliance of 24 news media entities.