KABUL (WASHINGTON POST) - Jaish-e-Mohammed, a secretive Islamist militia based in Pakistan, is known mostly in the West for its involvement in the abduction and gruesome, video-recorded beheading of Wall Street Journal reporter Daniel Pearl while he was working in Pakistan in early 2002.

But Jaish's main target is India, and its stock in trade are suicide bombings, like the one it claimed on Feb 14 in Pulwama, Kashmir.

The attack, which killed 40 Indian paramilitary police officers, triggered two days of military skirmishes between India and Pakistan this week and raised the spectre of full-scale war between the nuclear-armed rivals.

The deadly bombing in Kashmir, a region claimed by both countries, was one of scores of militant attacks on the Indian-controlled side that have taken thousands of lives in the past quarter-century.

India has blamed them on guerrilla groups with covert Pakistani support; Pakistan has routinely denied such charges and focused instead on alleged abuses by Indian troops.

But behind those denials is a complicated mix of reasons that Pakistani officials are unwilling or unable to challenge the violent sway of underground, anti-India groups.

India and Pakistan have been at odds for 70 years, and the "Kashmir freedom struggle" is a proxy for the existential threat Pakistanis see in their larger, more powerful neighbour. 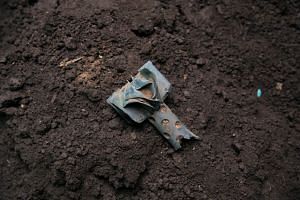 'We will always live in fear': What life is like for civilians in Kashmir

A succession of Pakistani governments have banned militant groups, usually after international protests following especially shocking attacks; Jaish was banned in 2002 after it attempted to assassinate the country's military ruler at the time, General Pervez Musharraf.

But prosecutors and judges have been reluctant to aggressively pursue or punish militant leaders because of their religious influence and military ties.

Mr Imran Khan, who took office as Pakistan's prime minister in August, is a secular-minded liberal who campaigned against religious extremism but was careful not to challenge the armed forces on foreign policy, especially its core mission of competing with India.

In the current crisis, Mr Khan has walked a line between politician and statesman, calling on India to "settle this with talks" and offering to investigate the Pulwama bombing if India provides evidence of a Pakistani connection, while also echoing domestic bravado and warning that Pakistan is prepared to respond forcefully if attacked.

The contradiction has been more awkward for some of his aides.

On Thursday (Feb 28), Foreign Minister Shah Mehmood Qureshi was asked in a televised interview about Jaish and the whereabouts of its reclusive leader, Islamist cleric Masood Azhar, 50.

He answered vaguely that Azhar was in Pakistan but was "unwell... That is the information I have".

Mr Qureshi also said that if India had "solid evidence" linking Azhar to the bombing, it should share that proof "so we can convince the judiciary and the people".

Mr Qureshi's answer was as telling as it was terse. It spoke to the broad popularity of the Kashmir cause and the triumphal mood of the moment.

It also pointed to the historic reluctance of Pakistani courts to crack down on militancy. In recent years, a number of militant leaders have been arrested and charged with crimes, only to be released for lack of evidence or on technicalities.

The best-known anti-India militia is Lashkar-e-Taiba, founded in 1989 with the goal of toppling Indian rule in Kashmir.

Its longtime leader, a fiery cleric named Hafiz Mohammad Saeed, is a popular religious figure who has been periodically detained but then freed.

Laskhar was banned in Pakistan in 2002 but is believed to have carried out numerous attacks in Kashmir since then.

In 2008, it was blamed by Indian and US officials for orchestrating a shooting spree by commandos in Mumbai, which killed 160 people.

It has changed its name several times, rebranded itself as a humanitarian and disaster relief organisation, and recently established a political party that ran candidates for Parliament.

Jaish is a much smaller, more secretive group, founded in 2000 by Azhar.

Over the next few years, it carried out many high-profile attacks, including the storming of India's Parliament building in 2001, then shifted its focus to Kashmir with a suicide car bombing at the gate of an army headquarters.

Unlike Lashkar, Jaish has no political or social arm and no high-profile leader. It is also said to be internally divided, and some Pakistani experts said the Pulwama bombing could have been carried out by a faction or spinoff group.

A third militant group once active in Kashmir, Hizb-ul-Mujahideen, comprised former Islamist fighters in Afghanistan who switched to the anti-India cause.

The United States designated Jaish as an international terrorist organisation in 2001 and was joined by several European governments in asking the UN Security Council to do the same.

The moves were reportedly vetoed by China, an emerging ally of Pakistan. This week, after India bombed what it said was a Jaish militant training camp, the Western governments again asked the UN body to take action.

Last year, the Pakistan government enacted a law to ban all internationally sanctioned militant groups, but it lapsed and was replaced by an administrative measure with less teeth.

"Pakistan has taken some measures to put pressure on militants, but that pressure should be sustained and expanded," said Mr Muhammad Amir Rana, a Pakistani analyst.

Mr Rana said that in the past, "Pakistani intelligence agencies have been blamed for ties with militant bodies, but I feel now there is a realisation that these groups are a major problem."