UNNAO, INDIA (AFP) - Coronavirus is raging in India's hinterland, where in some places bodies are being buried in shallow graves or given up to rivers and the sick have little hope other than herbal remedies and amateur doctors.

Kidwai Ahmad, from Sadullahpur village in Uttar Pradesh, a huge northern state, said the situation is "disastrous" with people dying all around his neighbourhood.

"There is so much poverty all around that people can't even afford decent cremations. They often tie big stones to the bodies and throw them in the river," he told AFP by phone.

"Others don't even bother with that and just throw the bodies in as they are. It has become common practice here," he added.

"Some are just burying their dead in shallow graves and not even waiting to see if crows or dogs feed on them."

In the past month no medical team has visited the village.

The sick are staying at home taking "herbal concoctions", Mr Ahmad said. Clinics, if people can travel to them, are low on beds, medicines and oxygen.

"People have been left to die," he added. "This is the India which is hidden from everyone."

More than 100 corpses that have washed up on the banks of the river Ganges in recent days suggest the situation is equally dire elsewhere in the country.

In the district of Unnao, also in Uttar Pradesh, dozens of people have been buried in shallow sandy graves by the river.

Authorities announced on Friday they would dispatch patrols to the riverside to stop people disposing of their dead.

Locals say there is not enough wood for funeral pyres meaning they are forced to leave bodies in the river, but officials dispute there is a shortage.

More than 4,000 Indians die of Covid-19 for second straight day

The Uttar Pradesh government also insists it has a "relentless and aggressive campaign to trace, test and treat Covid-19 patients".

But Mr Vinod Pandey, 45, a government official recovering from Covid-19 in Bhadohi district, said the local health infrastructure was "a shambles".

He said that while his village had only seen two or three deaths, in a neighbouring settlement a dozen had perished and "everyone in the village seems to be unwell".

Mr Ajay Singh Yadav, 40, said that in his village at least a dozen people had died but Covid-19 was being treated "like a regular viral infection".

"There's no doctor available at the health facility and it is largely the medicine shop attendants who are managing the disease in villages," Mr Yadav told AFP.

"People come and report their symptoms and these boys at the pharmacies hand out the medicines to them as per their understanding of the symptoms."

Mr Yadav blamed the spread on recent local council elections in Uttar Pradesh when millions of people were called upon to vote even as cases surged.

"Even if you didn't want to step out of your home, you couldn't avoid candidates knocking at your door," he said.

In the neighbouring state of Bihar, Mr Guddu Khan experienced a fever, cough and body aches for almost a week and was treated by a "jhola chhaap" ("amateur") doctor who lacked even basic equipment.

He is one of the many hundreds of thousands of informal, unregistered and unqualified health practitioners across the country that Indians rely on in rural areas.

According to Mr Khan's relative Arman Khan, "hundreds of people in dozens of villages in the neighbourhood are visiting (the amateur doctor) with all the symptoms of Covid-19".

Mr Khan, in his 40s, was not formally diagnosed with the virus due to a lack of testing facilities and was eventually taken to a hospital where he is in a critical condition.

In the village of Nachap, nearly a dozen people have died with Covid-like symptoms.

But since they were not tested they were not added to India's official death toll, which is widely seen as a gross underestimate at about 260,000.

"We are living in fear," another villager, Mr Umesh Yadav, told AFP by phone.

Across a dozen villages in the same area, more than 100 people have died after suffering from a fever, cough, weakness and breathlessness in the last 25 days.

Mr Anant Bhan, a Bhopal-based senior researcher in health and bioethics, said that even when medical teams visit villages, people are reluctant to get tested for the virus.

"We need to ramp up testing, have an information campaign and engage communities with frontline healthcare officers... to engage and give communities the right information." 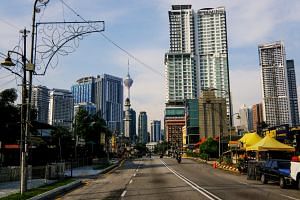 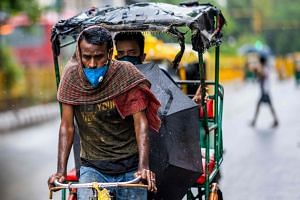 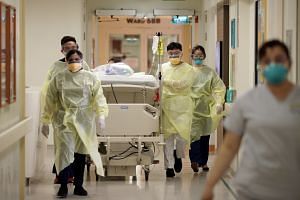 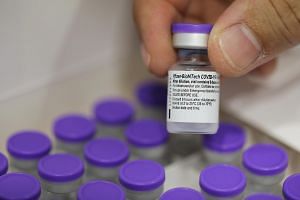 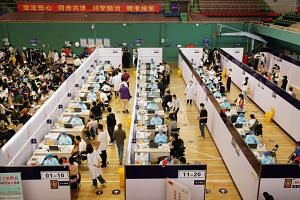 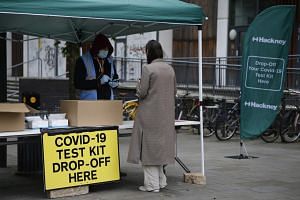 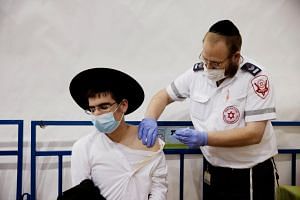 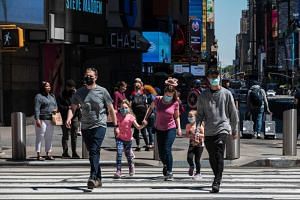