ISLAMABAD (AFP) - Pakistani anti-corruption officials arrested opposition leader and daughter of former Pakistani prime minister Maryam Nawaz Sharif on Thursday (Aug 8), one of the most high-profile arrests in a crackdown on alleged graft.

Sharif is the latest member of her family to be targeted under the government of Mr Imran Khan, who swept to victory last year.

Her father, Nawaz Sharif, who served as prime minister three times, was sentenced in 2018 to seven years in jail for corruption. Her uncle, former Punjab chief minister Shahbaz Sharif, has also faced investigation, along with other relatives.

Her detention sparked a walk out by opposition legislators at the country's Parliament on Thursday.

"Today in this new Pakistan, Miss Maryam Nawaz has been arrested without any conviction so I am walking out of this house," announced Mr Bilawal Bhutto, chairman of the Pakistan People's Party, during an address to Parliament.

Corruption is widely entrenched in Pakistan, with politicians regularly accused of misusing or stealing public funds and whisking the money out of the country. 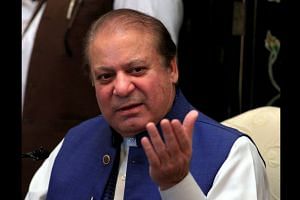 Prime Minister Imran Khan was elected after running a fiery campaign against graft, but has also been accused of persecuting his political adversaries rather than launching wide-ranging reforms.