On Tuesday (July 17), a panel of Supreme Court judges led by Chief Justice of India Dipak Misra said India should create a separate offence for lynching and urged lower courts to hand down maximum sentences for crimes involving mob attacks.

"A special law in this field would instil a sense of fear for law among the people who involve themselves in such kinds of activities," Justice Misra wrote in his judgment.

"Horrendous acts of mobocracy cannot be permitted to inundate the law of the land. Earnest action and concrete steps have to be taken to protect the citizens from the recurrent pattern of violence which cannot be allowed to become the new normal," he said.

India is also facing a number of mob lynchings in rural areas related to villagers being frightened by fake social media rumours warning of child kidnappers.

Although Justice Misra's judgment refers to cow vigilantism, he noted it also pertains to "other incidents of lynching" by mobs.

Petitioners had asked the court to force state governments to take action against fringe Hindu nationalist groups that had attacked Muslims across India. 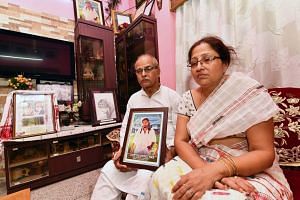 Mob kills 5 people in India on suspicion of child kidnapping, in yet another lynching

Some of those Muslims were allegedly involved in transporting dairy cattle, or carrying buffaloes to slaughter, while others were attacked on the suspicion they were consuming or carrying beef.

Justice Misra asked the central and state governments, as well as the police, to do more to counter instances of mob lynching.

The court said it was the duty of both levels of government to "take steps to curb and stop dissemination of irresponsible and explosive messages, videos and other material on various social media platforms which have a tendency to incite mob violence and lynching of any kind".

The court also asked states to set up a mechanism to compensate victims of mob lynching, fast-track the punishment of those involved in attacks and devote police resources to intelligence collection and violence prevention.

Most Hindus revere the cow as sacred and avoid the consumption of beef.

But many of India's Muslims - as well as Dalits, who were once known as "Untouchables" - regularly consume bovine meat, which in India is usually buffalo. Muslims are also regularly employed as cattle traders and transporters in what is actually one of the world's largest meat export industries.

Those working in the meat export industry have complained that vigilantes have been stopping trucks transporting buffaloes, extorting money from traders, beating people up and in some cases stealing the valuable animals.

Prime Minister Narendra Modi's Hindu nationalist Bharatiya Janata party has also tried to ban the sale of cows and buffaloes for slaughter nationwide, a move that was challenged in the courts, resulting in a temporary stay.

After some criticism that he was not speaking out about such attacks, Mr Modi condemned "cow vigilantism".

He wrote on Twitter in June 2017: "No person in this nation has the right to take the law in his or her own hands. Violence never has and never will solve any problem. Killing people in the name of (cow worship) is not acceptable."