BENGALURU (REUTERS) - India reported a record 412,262 new Covid-19 cases on Thursday (May 6) and a record 3,980 daily death toll, as a second wave of infections swamps the health system and spreads from cities into the vast countryside.

Covid-19 infections in the world’s second most populous nation have surged past 21 million, with a death toll of 230,168, health ministry data show.

With hospitals scrabbling for beds and oxygen in response to the surge in infections, the World Health Organisation said in a weekly report that India accounted for nearly half the coronavirus cases reported worldwide last week and a quarter of the deaths.

India’s Covid-19 crisis has been most acute in the capital, New Delhi, among other cities, but in rural areas – home to nearly 70 per cent of India’s 1.3 billion people – limited public healthcare is posing more challenges.

In some villages where the charity works in the northern state of Uttar Pradesh – home to about 200 million people - “there are deaths in almost every second house”, he said.

“People are scared and huddled in their homes with fever and cough. The symptoms are all of Covid-19, but with no information available many think it is seasonal flu.”

The country’s top scientific adviser has warned of a possible third wave of infections.

“Phase 3 is inevitable, given the high levels of circulating virus,” the government’s principal scientific adviser, K. VijayRaghavan told a news briefing on Wednesday.

“But it is not clear on what time scale this phase 3 will occur... We should prepare for new waves.”

Prime Minister Narendra Modi has been widely criticised for not acting sooner to suppress the second wave, after religious festivals and political rallies drew tens of thousands of people in recent weeks and became “super spreader” events.

In one of India’s best hospitals, a 26-year-old doctor decides who lives and dies

The surge in infections has also coincided with a dramatic drop in vaccinations because of supply and delivery problems, despite India being a major vaccine producer.

However, 1.9 million samples were tested for Covid-19 on Wednesday, after a dip in daily testing numbers, state-run Indian Council of Medical Research said on Twitter.

Daily testing hit a peak of 1.95 million on Saturday.

US President Joe Biden on Wednesday threw his support behind waiving intellectual property rights for Covid-19 vaccines, bowing to mounting pressure from Democratic lawmakers and more than 100 other countries, but angering pharmaceutical companies.

Biden’s top trade negotiator Katherine Tai cautioned deliberations would take time but that the United States would also continue to push for increased production and distribution of vaccines – and raw materials needed to make them – around the world. 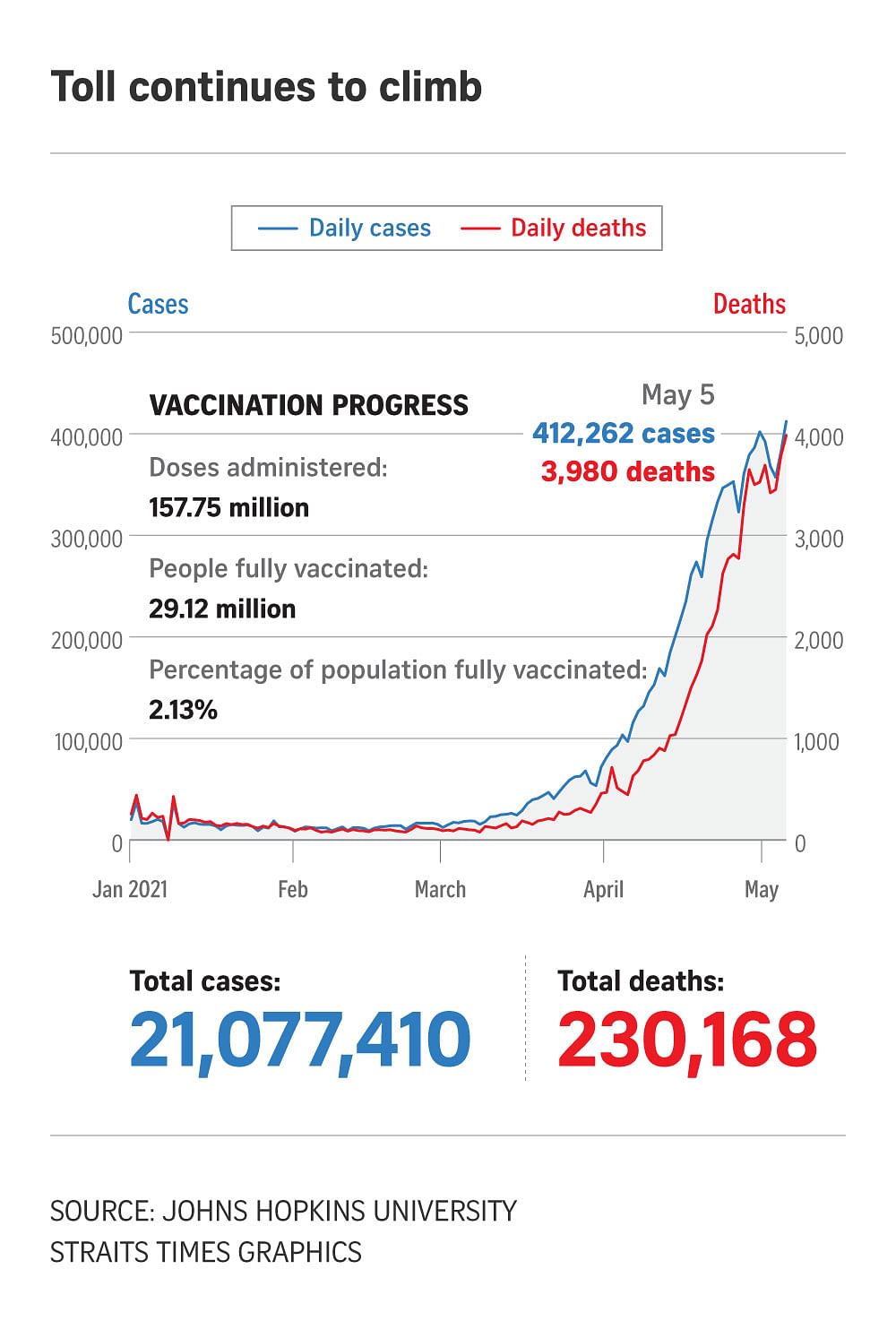