For months, people had to line up at banks and ATMs - sometimes for more than eight hours - to withdraw limited amounts of cash to pay bills or buy daily groceries.

Their troubles were a sacrifice for the nation, Mr Modi said at the time.

Old notes would be handed back to the banks and the vast reserves of untaxed "black money" being used for dodgy deals between fat cat businessmen, dirty politicians and Pakistani terrorists would be invalidated in one fell swoop.

Now, newly released data from the Reserve Bank of India (RBI) shows that 99.3 per cent of high-value notes in circulation - worth around US$216 billion (S$295 billion) - came back to the banks. That means that those illicit hoards that the government was hoping to flush out of the system were not in the form of cash and are still out there.

And the long lines for cash, not to mention the losses in jobs and growth? Not necessary.

"The RBI has in effect said that the prime minister's premises and claims were dubious, and in as much words, he didn't know what he was talking about or getting into," said Mr Mohan Guruswamy, founder of the Centre for Policy Alternatives and a former adviser to the finance minister.

The New Delhi-based Centre for Monitoring the Indian Economy estimated that the shock move caused 1.5 million job losses, though other economists have put the number lower.

In the weeks and months after Mr Modi's bombshell announcement, small businessmen said their customers stopped coming because they had no cash. 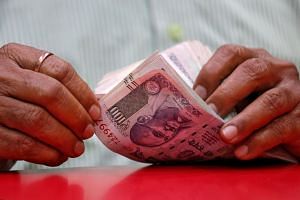 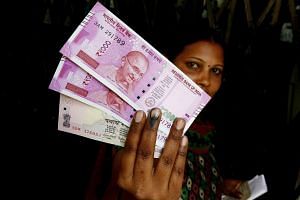 Behind the rupee shake-up

Marriages were delayed because cash stacked up to pay for venues and caterers was now worthless. Millionaires joked about borrowing cash from their maids to buy cups of chai.

Some found clever ways to avoid the long lines, like bribing bank managers or paying people to stand in their place. But many who stood in lines said they supported Mr Modi and his efforts to clean up India's economy at the time.

Mr Guruswamy said the new data suggests that the entire policy was never thought out properly. "All reports on (black money) categorically stated that the undeclared incomes were mostly invested in properties and assets in India and abroad, and in gold and jewellery.

The cash with people was cash in stock and deployed for everyday business and living, he said.

At a news conference in New Delhi on Wednesday (Aug 29), reporters pelted Mr Subhash Chandra Garg, secretary of the Department of Economic Affairs, with questions about whether the problem of the black money had been solved.

"I think demonetisation achieved a substantial number of its objectives," he said, pointing out that the new notes had "new security features" to making counterfeiting more difficult and that digital payments in India are increasing - both points that were disputed by journalists.

India's economy is now showing signs of recovery after the disruptions of demonetisation, the RBI report said. Growth rates which slowed to a four-year low, in part due to the "lingering impact of demonetisation", have now bounced back.

But the debacle could dent Mr Modi's reputation as an economic magician with the answers to all of India's problems as elections approach.