NEW DELHI (AFP) - The head of Love Commandos, an organisation which offers shelter to runaway lovers, has been arrested in Delhi for extortion and abuse of desperate couples, officials said on Thursday (Jan 31).

The group became well known for providing safe houses and legal advice to couples who defied family, religious and caste pressures to get married in the conservative country.

Love Commandos founder Sanjoy Sachdev was arrested on Tuesday night after police raided one of the shelter homes with members from the Delhi Commission of Women (DCW) and freed four couples.

"It was observed that (Sachdev) was indulging in illegal confinement and extortion of the couples behind the facade of providing a safe home to the victims," the DCW, an official body, said in a statement.

The four couples found during the raid said they were forced to pay arbitrary sums as fees and threatened if they tried to leave, the statement added.

Former journalist Sachdev launched Love Commandos in 2010 after coming to the aid of a young man falsely accused of rape by the family of the woman he wanted to marry.

The vast majority of marriages in India are arranged by families and couples who defy the tradition to marry outside caste and religion face a severe backlash. 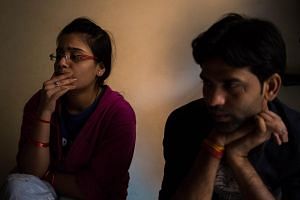 Hundreds each year are the victims of so-called "honour killings" by close relatives to protect the family's reputation.

"For an NGO to extort and abuse these vulnerable youngsters in the name of helping them is extremely shameful and tragic."