The region - home to almost a quarter of the world's population - has been hit by soaring infection rates in recent weeks.

Experts have blamed complacency and frustration over Covid-19 curbs for the surge.

Hundreds of thousands of maskless Hindu devotees thronged the banks of the Ganges River for a ritual bath as part of the Kumbh Mela festival in the holy city of Haridwar.

The huge religious festivals and political rallies in poll-bound states have been blamed as cases grow among the population of 1.3 billion.

In neighbouring Bangladesh, there was a mad scramble for buses and trains after the government ordered an eight-day closure of all offices as well as international and domestic transport from tomorrow.

The country of 160 million people has recorded more than 684,000 cases and over 9,700 deaths, but the number of daily cases has increased sevenfold in a month.

Hospitals say they are overwhelmed, and daily deaths have more than doubled.

"There is no alternative now to this in order to curb the Covid-19 surge," junior minister Farhad Hossain said ahead of the clampdown.

The Indian authorities have also warned of tougher restrictions unless the public observes social distancing and the wearing of masks.

Said Professor Rajib Dasgupta of Jawaharlal Nehru University in Delhi: "The whole country has been complacent - we allowed social, religious and political congregations."

India has recorded more than 873,000 cases in the last seven days - a 70 per cent jump compared with the previous week.

In comparison, Brazil recorded about 497,000, about 10 per cent higher than in the previous week.

The United States - the worst-hit country - reported just under 490,000 cases, with a rising trend of 9 per cent.

The spike in India, after daily case increases fell below 9,000 in February, has seen many badly affected states and territories impose restrictions on movement.

India's wealthiest state Maharashtra, which has been the main driver of the infection spike, last week imposed a weekend lockdown and night curfew. It has warned that a complete lockdown - a drastic measure that the national and state governments have tried to avoid to protect the already battered economy - could be imposed within the next few days as cases continue to rise.

"The solution is for everyone to stay home for two months and end this (pandemic) once and for all. But the public doesn't listen," said Mr Rohit, 28, a waiter at a popular Mumbai restaurant. "Nobody follows the rules... If we tell customers to wear masks, they are rude and disrespectful to us."

The Chief Minister in New Delhi, Mr Arvind Kejriwal, where a night curfew is in place, said on Sunday that two-thirds of new Covid-19 patients are younger than 45.

India on Sunday banned the export of antiviral drug remdesivir and its active ingredients, as demand rocketed due to the surge in infections and led to crippling shortages in many regions.

The country has already stalled major exports of Covid-19 vaccines.

The move could make the shot the nation's third Covid-19 vaccine to be approved.

Elsewhere in Asia, Thailand is planning to install 10,000 field hospital beds in Bangkok to cope with a third wave of infections. Strict lockdowns in the Philippines' capital Manila and four adjacent provinces were eased on Monday. 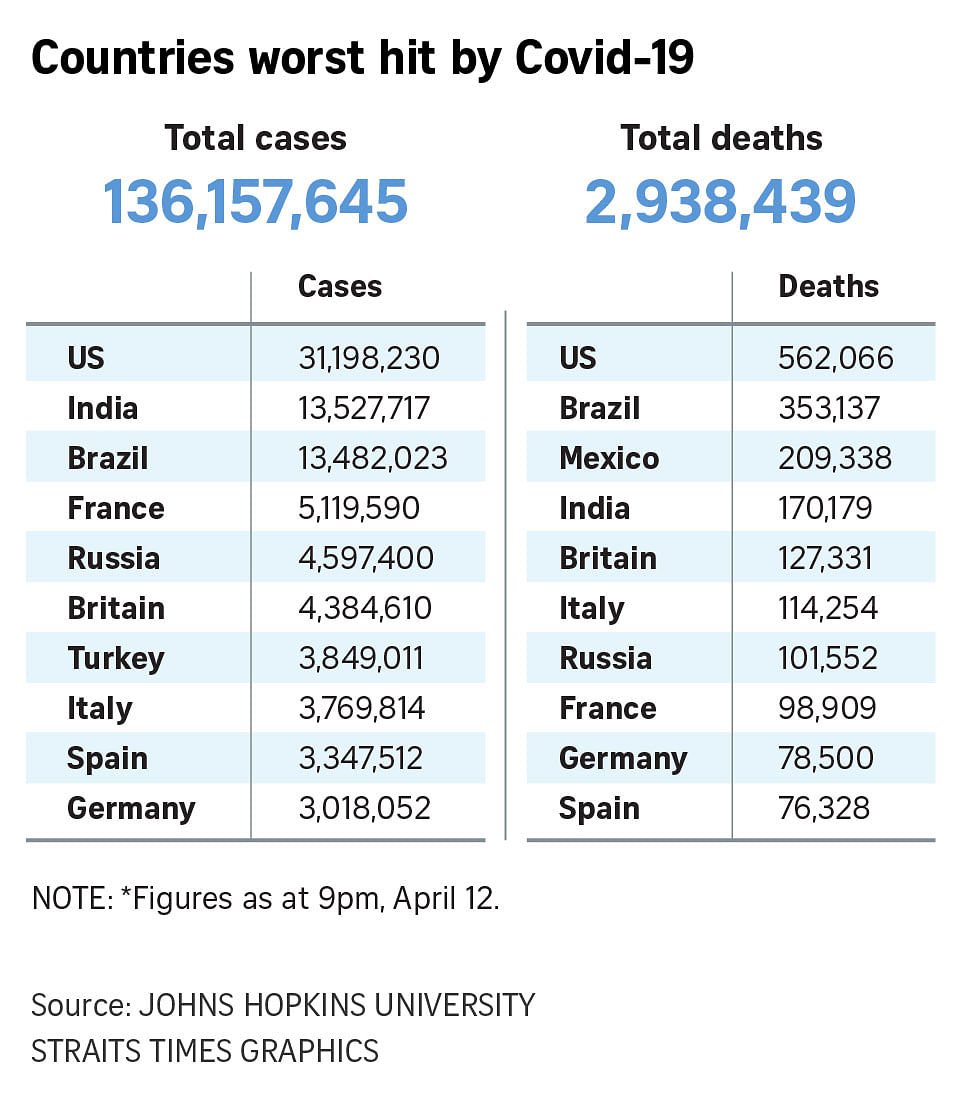