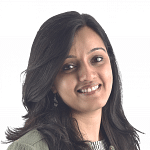 BANGALORE - Six states in India - Maharashtra, Kerala, Punjab, Karnataka, Gujarat, and Tamil Nadu, account for 86 per cent of the new Covid-19 cases reported in the past 24 hours, the Health Ministry said on Thursday (March 11).

Maharashtra made up 60 per cent of the 22,845 cases but this western state, with crowded cities like Mumbai and Pune, has always been the worst affected in India.

The fact that Kerala made it to the list was shocking as the southern state was previously praised as one of the world's success stories in curbing the disease.

The state with a population of over 35 million reported India's first three Covid-19 cases in January last year, all of them medical students returning home from Wuhan in China, where the coronavirus, which causes Covid-19, was first detected.

Armed with the institutional memory of handling the deadly Nipah virus in 2018, well-prepared public health officials launched a robust disaster management programme, prompting international observers to suggest that other countries "bend it like Kerala".

Its large elderly population and urban density made Kerala vulnerable to the coronavirus, but India's most literate state, with social and health indicators equivalent to Scandinavian levels, contained Covid-19 with around 600 cases in June 2020. The fatality rate was a low 0.37 per cent.

But even as it was lauded, the internationally feted health minister of the state, KK Shailaja, could not bring herself to celebrate. "Things can change overnight in a pandemic, with just one person not taking precautions," she told The Straits Times in April 2020.

In February, one in two cases in India were from the state. It now has 10 per cent of new cases in the country.

"The about-turn is a warning that epidemics don't follow a linear progression," said a Kerala Health Ministry official who did not want to be named.

The struggle began in May 2020, when half a million residents working overseas returned home on jam-packed repatriation flights. Then, as the Indian government lifted the nationwide travel restrictions and launched special trains for stranded migrants, those living elsewhere in the country rushed home too.

Two-thirds of the more than 9,700 cases from May to July last year in Kerala were from incoming people.

Cases galloped in the state just as in the rest of India, but Kerala had fewer fatalities and severe cases. It also had among the country's strictest quarantine rules outside hot spots, with policemen checking on visitors every day.

Kerala's peak, though, came in mid-October, and recovery has been slow. The number of daily cases in the state soared to more than 6,000 a day in January this year, and they hover around 2,300 now.

Dr Amar Fettle, the state's top official for Covid-19, said that Kerala is a victim of its own early success.

The national serological survey found only 0.8 per cent prevalence of antibodies in Kerala by August last year.

Few infections initially meant that a larger group of residents were yet unexposed, and thus vulnerable to the coronavirus. The state's experience represents the hard balance of transmission and immunity in public health policy.

Experts are now questioning why the state did not test asymptomatic patients in the early days, as the Indian government advised, thus missing hidden cases.

"When you do something well, it can become a liability - that's the struggle with public health. People think there is nothing to fear and stop taking precautions," said Dr Fettle, citing his horror at seeing people roaming on the streets and in markets without masks.

Other states are now imposing restrictions on people travelling from Kerala. "The tables have indeed turned," said a health official in Karnataka, which is now admitting only those travellers from Kerala who can show that they have tested negative for Covid-19.

Health officials in Kerala now hope that the vaccination of senior citizens, which began on March 1, will build immunity among the population.

But vaccine immunity will kick in only in two months, after the second dose. Until then, upcoming state elections on April 6 pose a fresh threat.

"Election campaigning means a lot of shouting and gathering, dangerously ideal for virus transmission. There will be a spurt in infections again unless people exercise restraint," said Dr Fettle.

More On This Topic
India survey finds a quarter of children may have Covid-19 antibodies, more than average
Over half in New Delhi may have had Covid-19, government survey suggests
Related Stories