NEW DELHI (AFP) - The mother of a student who died after being gang-raped publicly named her daughter for the first time on Wednesday (Dec 16), in a bid to end the stigma facing sex attack victims in India.

The 23-year-old student died after being brutally assaulted on a bus in New Delhi in 2012, triggering global outrage and protests in India over the country's high levels of violence against women.

Rape victims are normally shunned and vilified in deeply patriarchal India and they cannot be named under national law in a bid to protect them.

"I feel no shame in naming my daughter. I say this in front of you all that her name was Jyoti Singh," Asha Singh said at a public gathering in Delhi to mark the third anniversary of the attack.

"You all must also from now onwards call her Jyoti Singh."

"There is no need for us to feel any shame. It is the perpetrators of heinous crimes who must feel ashamed of themselves," she said to roaring applause from the audience.

Four men were convicted and handed the death penalty in 2014 over the attack which occurred after Singh was lured on board the bus with a male friend following a trip to the cinema.

The Supreme Court has not yet heard the men's appeals. 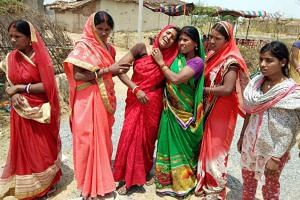 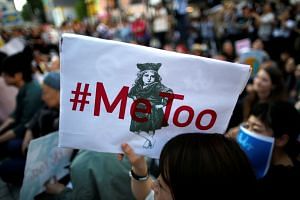 Another attacker, who was 17 at the time, is set to be freed in coming days after serving the maximum three years in a detention facility for juveniles.

The victim's father on Wednesday criticised his imminent release, saying it was unclear if he had reformed during his time in the facility.

"Almost every day we read about even small girls being raped. If criminals like him are let off I fear what will happen to society," he said.

He also accused politicians of lacking the will to end what he called India's rape crisis.

The government introduced tougher penalties for rapists and other measures after the 2012 attack, but India has repeatedly hit the headlines for a series of brutal attacks including those of children and foreign women.

Women's rights groups have also opposed the juvenile's release, mainly on the grounds that it was unclear if he had been rehabilitated and was ready to be reintegrated into society.

"We'd like to know if he repents what he did and whether he can live amongst us in society and not be a threat," said Ranjana Kumari, head of the Centre for Social Research think-tank in Delhi.

The National Commission of Women has also protested, saying his release would do nothing to tackle a culture of impunity for perpetrators of sexual violence.

The country recorded 36,735 rape cases in 2014, with 2,096 of them in Delhi alone, although experts say those figures are likely to represent only the tip of the iceberg.