NEW DELHI - Caste-based discrimination in the United States has come into sharp focus with a move by an American university to outlaw the practice on its campus.

Brandeis, a private university in Massachusetts, has added caste to its anti-discrimination policy, which proscribes any discrimination arising out of a range of factors, including race or colour.

The decision, said to be the first by an American university, has been welcomed by many as a key institutional intervention to address caste-based discrimination in the US.

A statement on Dec 17 from Dr Ronald Liebowitz, the university's president, said: "Brandeis believes that since caste identity is so intertwined with many of the legally recognised and protected characteristics, discrimination based on a person's caste is effectively the same."

He added that Brandeis' Office of Equal Opportunity will oversee issues and complaints of discrimination related to caste raised by members of the university's community.

The US does not recognise the concept of caste, which is why it is currently not included in any of its laws that prohibit discrimination.

Yet, the practice is a lived reality for members of the Indian diaspora in the US and elsewhere, just as it is for people in India where caste-based discrimination continues to be widespread despite being outlawed.

There are more than four million people of Indian descent living in America, a majority of them from higher caste groups.

A 2018 study by Equality Labs, an organisation based in the US, analysed responses from around 1,500 individuals of South Asian descent in the US.

The study found that 26 per cent of the respondents who were Dalits - one of the most marginalised caste groups formerly known as "untouchables" - said they had experienced physical assault because of their caste.

A far greater proportion of Dalit respondents - 67 per cent - reported being treated unfairly at their workplace for the same reason; 52 per cent of Dalits also feared being outed. 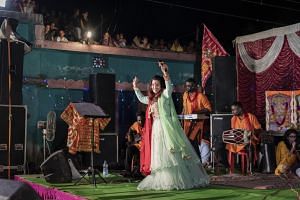 India's soundtrack of hate, with a pop sheen

A testimony included in the Equality Labs study by a woman identified simply as J.A. reads: "I was disowned by my family because I fell in love with a guy from a different caste. My in-laws also disowned us. I lost friends. The priest at the gurudwara (Sikh temple) refused to marry me and my husband. All in the USA!"

He told The Straits Times in an e-mail that the move is "a first institution-level legislation" that will protect students against caste-based discrimination.

"In the US, as anywhere outside India, there are no adequate frameworks for people like me (from lower caste groups) to lodge a formal complaint or seek official redressal in the matter," said Dr Yengde, who wrote the recently published book, Caste Matters.

"It is extremely disheartening to witness that even faculties at posh US universities who talk about progressive values and anti-racist belief indulge in the practice of caste oversight, which ends up perpetuating caste discrimination," he added. "Caste hardly features in their ambit at protests and other social justice measures."

He brought up a personal anecdote from when he was a student in Britain to illustrate how the absence of legislation outlawing caste-based discrimination can obstruct justice.

After he was assaulted by a group of upper caste Hindu students in 2011, he went to the police for help but failed to explain how his Dalit identity had played a key role in instigating the assault.

"Because the crime did not feature in their manuals, they brushed it aside as something of a personal nature. I felt helpless, as I had no avenue to explain to them what had occurred," he said.

Indian couple stoned to death for marrying outside caste

A complaint was not registered and he was simply recommended to avoid them. He remembers leaving the police station that day with "extreme fear and a police number on speed dial".

In the US, he surrounds himself mostly with black students to prevent a similar occurrence and said that even well-meaning Indian students demonstrate lack of empathy or understanding regarding the "Dalit cause".

WGBH News, a media outlet based in Boston, has reported that Harvard University and the University of California, Berkeley are "exploring caste issues on their campuses".

However, Mr Mat McDermott, HAF's director of communications, argued that laying the blame for this on Hindu theology primarily is misplaced. The HAF argues that caste-based discrimination is "not intrinsic" to Hinduism and that it "fundamentally contradicts" the essential Hindu teaching of divinity being inherent in all beings.

"Rather the problem of caste discrimination continuing to exist, despite being outlawed many years ago, is one that is social in nature and one which continues to be an issue for South Asians everywhere irrespective of their religion," he added.