MANILA - US Secretary of State Mike Pompeo said on Friday (March 1) that it was risky for nations to build their next-generation wireless communications networks with equipment and software supplied by Chinese tech giant Huawei.

"We believe that competition, whether it's in 5G or some other technology, ought to be open, free, transparent, and we worry that Huawei is not that," he said at a news conference here.

The United States has made sweeping charges outlining a decade-long attempt by Huawei to steal trade secrets, obstruct a criminal investigation and evade economic sanctions on Iran.

"Our task has been to share with the world the risks associated with the technology," said Mr Pompeo.

He added that US tech firms "may not be able to operate in certain environments if there is Huawei technology adjacent to that".

"We want to make sure that the world has their eyes wide open as to the risk of having that technology be part of the infrastructure, or backbone, or networks that are transiting communications here and around the world," he said.

The same goes for other industries, he said.

"American companies are best partners in the priority areas of infrastructure, development and the digital economy because they operate with the highest standards of transparency and adherence to the rule of law," he said. "The same cannot be said of Chinese state-run or state-backed enterprises." 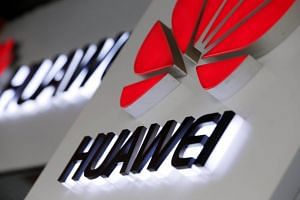 Huawei units plead not guilty to US trade secret theft

The problem with America's attack on Huawei: The Nation

Mr Pompeo arrived in Manila on Thursday, after taking part in a summit in Hanoi between US President Donald Trump and North Korea leader Kim Jong Un.

The US has been piling pressure on Huawei, the world's biggest telecommunications equipment maker and trying to prevent American firms from buying Huawei routers and switches, as well as advising allies to do the same.

No evidence has been produced publicly, and Huawei has repeatedly denied the accusations.

Some US allies are mulling over similar steps against Huawei, including Australia and New Zealand, which have prohibited their wireless carriers from installing Huawei gear as 5G network infrastructure.

Canada is considering similar measures amid a diplomatic feud with China.

Britain, on the other hand, decided that it could use Huawei equipment and "mitigate the risks" - a conclusion that commentators say could sway other European nations to view the use of the Chinese components as safe as long as they take "due precautions".

South Korea maintains that the decision is up to local telecom companies.

Huawei's founder Ren Zhengfei in January rejected claims that his company is used by the Chinese government to spy and said he missed his daughter, who is being held by Canadian authorities.

Meng Wanzhou, Huawei's chief financial officer, was detained in Canada in December at the request of US authorities who allege she misled banks about Huawei's control of a firm operating in Iran.