It has been ascertained that the Arctic will be completely ice free during the summer of 2020, which carries many significant implications for world trade, energy security, as well as geopolitics.

The melting ice in the Arctic is not only a serious problem for global sustainability and how it impacts countries and its citizens, because further behind its "horror", global warming is affecting huge offshore demands as the Arctic region holds 13 per cent of oil reserves and more than 30 per cent of the world's natural gas reserves, while additionally, Arctic ice melting evidently could reduce the shipping distance between Asia, North America and Europe by over thousands of miles.

From three routes that will effectively open soon, the North Sea Route (NSR) is the most potential alternative route to Asia (also to Indonesia). The shipping route that starts from Europe through Eurasia to Asia is able to cut nine to 13 days off the normal shipping time and save 40 per cent of the shipping cost (referring to the current conventional route, the Suez Canal route). 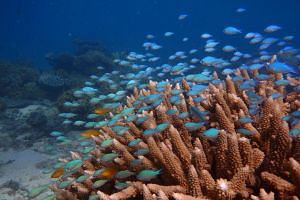 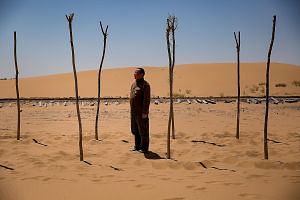 Efforts to hold back march of the sand

The Norwegian DNV in 2015 even estimated that there would be more than 430 transits occurring through the NSR by 2030.

The Arctic, regionally, has a very promising future, and its role has been fully arranged in a forum called the Arctic Council - an inter-governmental forum established by the Ottawa Declaration in 1996, intended to promote cooperation, coordination and interaction between the Arctic countries [Russia, the US (Alaska), Canada, Norway, Denmark (Greenland), Sweden, Finland and Iceland].

Currently the Arctic Council serves as the central study of the global climate change development, regulating Arctic oil and gas, shipping codes and services. Interestingly, although the Arctic Council is only an inter-governmental forum under the Arctic SAR Agreement in 2011, all agreements under the council are binding.

Speaking about Asia, the countries currently trying to exert influence in the Arctic Council are China, Japan, South Korea, India and Singapore - that have been permitted as permanent observers since 2013.

The presence of those countries there actually is not about how their interests and aspirations can be channelled and protected, but more how they can benefit economically from the Arctic's condition, especially how to supply the Arctic infrastructure offshore technologies and the maritime routes.

In the maritime route infrastructure, for example, South Korea has signed a MoU with Russia in developing five NSR Ports along Eurasia in 2014. They also are currently building five vessels (nuclear ice-breaker) for Sovcomflot Russia as continuation of the Yamal Russian Project.

Even Singapore, Indonesia's neighbour, is emulating South Korea by building seven "first class" Arctic vessels for Lukoil Russia. This indicates that a new era of maritime route is happening.

There are two things that Indonesia should anticipate concerning the Arctic. First, we have to recognise that everything that happens in the Arctic will affect all countries, including Indonesia. Second, we also have to realise that when Arctic ice melts, new rules on shipping and fishing are needed and it should be Indonesia's concern when the new rules are formulated.

The Arctic will become the "new Middle East" in the future. World countries such as Turkey, Brazil, Greece and Switzerland are queuing to get statuses as permanent observers, which will be drawn in 2017 in Fairbanks, the US.

With the sponsorship of Russia, Vietnam is predicted to follow the footsteps of the five Asian countries to secure status because their oil and gas giants, Petrovietnam and Zarubezneft, have been conducting intensive exploration in the Barents Sea since early 2015.

Indonesia has wasted a golden momentum to join the Arctic Council. Since 2014, president of Iceland Olafur Ragnar Grimsson has invited Indonesia to send delegations and experts to an annual Arctic event, the Arctic Circle. While India, Brazil, Turkey, China, South Korea, Japan and Singapore sent their "first-class delegations", Jakarta never heeded those invitations.

Unlike Singapore, Indonesia did not bring that Arctic issue to the Asean-Russia Summit in Sochi last March either. Indonesia had the right moment to ask about Russian sponsorship for the council status.

This is not an exaggeration because of economic recession in 2014, Russia has tried to "minimise" prospective investors and energy buyers from their conventional region (Western countries) and "maximise" capital from the Asia region, including Indonesia. Further, the Russia-Indonesia relationship is at its "best" considering the closeness of the last two to four years.

Naturally, Indonesia may set eyes on Singapore, being its neighbour is already in the council. For Singapore, their first challenge might come from Malaysia, Indonesia or even Vietnam. However, Singapore is always thinking what big strides its country can make, as it does not only think about five to 10 years from now, but also what needs to be achieved to sustain survival in 20 to 50 years.

Arctic ice continuing to melt sends alarm bells to Singapore, so of course they need "first-hand" knowledge and data to prevent something bad happening to their country. At the same time, when the new route is operational, Singapore also has to think its potential declining status as an international maritime transit, which means eroding capital income - a similar focus has to be exercised by Indonesian stakeholders.

This is the time for Indonesia to send their best delegation to the Arctic Council Secretariat in Tromso, Norway, as well as construct relations with Arctic countries to follow up on Indonesia's possibility role there. The new age of energy and trade routes are in front of our eyes.

If Indonesia does not have knowledge about this, it means we become losers in this dynamic competition; as we will not have any role for the continuity of our country being impacted by global climate change; and finally, we will end up following the interests of other countries (even neighbours).

The writer is an expert at the Asean Centre in Moscow.