BANGKOK (REUTERS) - Thailand is set to become the first Asian country to legalise medical marijuana, but a battle is brewing between local and foreign firms over control of a potentially lucrative market.

With Parliament set to approve the legislation as early as next month, Thai businesses and activists have raised concerns that a raft of patent requests filed by foreign firms could allow them to dominate the market and make it harder for researchers to access marijuana extracts.

"Granting these patents is scary because it blocks innovation and stops other businesses and researchers from doing anything related with cannabis," said Mr Chokwan Kitty Chopaka, an activist with Highlands Network, a cannabis legalisation advocacy group in Thailand.

"We were very shocked to see this because it would be like allowing them to patent water and its uses," Mr Chokwan said, adding that applicants are seeking patents for plant-related substances, which are not allowed under Thai law.

Opposition to foreign firms has threatened to stall the legalisation process, with researchers and civic networks threatening to sue the government if the patents are granted, according to media.

Prime Minister Prayut Chan-o-cha has been urged to issue an executive order to end the impasse, but a national government spokesman said there were no plans to do so yet.

"We will proceed normally through the Commerce Ministry first. We must let everything proceed without harming people's rights," said spokesman Puttipong Punnakanta.

Thailand's move to allow the use of marijuana for medical and research purposes follows a wave of legalisation across the globe, including in Colombia, Israel, Denmark, Britain and certain US states. Uruguay and Canada have gone one step further and also legalised it for recreational use. 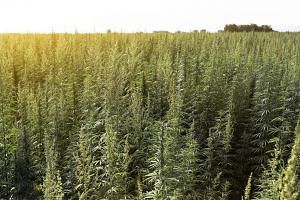 Thailand's neighbours Malaysia and Singapore are in the early stages of debating whether to legalise medical marijuana, but it is a sensitive issue because the drug remains illegal and taboo across much of South-east Asia.

The region has some of the world's harshest penalties, including lengthy prison terms for possession of drugs in Thailand, and capital punishment in Singapore, Indonesia, and Malaysia for trafficking. In the Philippines, thousands of people have been killed since 2016 in President Rodrigo Duterte's anti-narcotics crackdown.

Among a handful of foreign companies that are looking to enter the Thai market are British giant GW Pharmaceuticals and Japan's Otsuka Pharmaceutical, which have jointly applied for marijuana-related patents.

Representatives for GW Pharma and Otsuka declined to comment on their applications.

One foreign company official, who declined to be identified because of the sensitivity of the issue, said: "We haven't seen progress on our patent registration maybe because many people are opposed to allowing foreign drugmakers to enter the market. I feel like we are seeing a high bar on this."

Thais used marijuana in traditional medicine for centuries before it was banned in 1934. Farmers were known to use it as a muscle relaxer after a day in the fields and it was reportedly used to ease women's labour pains.

In fact, the word "bong", which describes a water pipe often used to smoke marijuana, comes from the Thai language.

Experts say Thailand, already a regional hub for medical tourism, has a combination of factors working in favour of legalisation, including a tropical climate that could allow for cheaper production of marijuana than, for instance, in Canada.

Businesses want to use this to cash in on what Deloitte says could be a global legal medical cannabis market worth more than US$50 billion (S$68 billion) by 2025.

For Thai Cannabis Corporation (TCC), a majority Thai-owned entity that is waiting for legalisation to obtain a licence to sell cannabis-derived ingredients to manufacturers, the move would be "a return to centuries-old tradition".

"The attitude is that it's already a part of traditional medicine... and we should ensure that Thais can control their own industry," said Mr Jim Plamondon, marketing head of TCC, which is currently not in business.

The government earlier this year rejected calls to decriminalise recreational use of the drug.

Instead, the new law will reclassify marijuana as a narcotic whose extracts can be used in traditional Thai medicine, and to treat drug-resistant epilepsy and pain and nausea in cancer patients.

Research will be permitted into the use of marijuana to treat Parkinson's and Alzheimer's diseases, according to Dr Sophorn Mekthon, chairman of the Government Pharmaceutical Organisation.

"What is most important in the whole debate is the accessibility of medical marijuana to patients," he said.