HANOI (REUTERS) - Vietnam will stop issuing new licences for the import of waste and crack down on illegal shipments as thousands of containers of paper, plastic and metal scrap build up at the country's ports, raising concerns about the environment.

Waste imports into Vietnam and other South-east Asian countries have risen significantly since the Chinese government banned the entry of several types of solid wastes from the beginning of this year, according to Vietnam's Ministry of Natural Resources and Environment.

The authorities need to "prevent waste from entering Vietnam to keep the country from becoming a dumping site, affecting the environment and people's lives," the government said in a statement late on Wednesday.

The surge in waste imports has caused congestion at several Vietnam ports, with around 6,000 containers now sitting at entry points that need to be handled, the ministry said in a statement earlier this week. The ministry did not say how much waste Vietnam has imported this year.

Waste-processing is a supplemental source of raw materials for Vietnam's paper, plastic and steel industries.

"The demand for paper and plastic scraps as materials for production does exist, but this benefits only the processors, not the environment," according to the government statement. 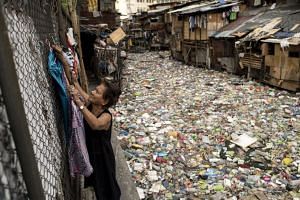 Malaysian Housing and Local Government Minister Zuraida Kamaruddin said the factories affected will have three months to bring their operations up to speed with international environmental standards before they can reapply for the permits, according to a report by national newswire Bernama.

Vietnamese Prime Minister Nguyen Xuan Phuc said in Wednesday's government statement that Vietnam will track down the owners of the containers piling up at its ports and launch criminal investigations into any illegal imports or violations of environment law.

Pollution is a political risk for Communist-ruled Vietnam, where nationwide protests have been held to save trees and against a steel firm accused of polluting the sea.

One of Vietnam's worst environmental disasters happened in 2016, when a steel plant being developed by Taiwan's Formosa Plastics Corp contaminated coastal waters and unleashed an outpouring of anger throughout the country.

An editorial published on Monday in The People's Daily, a mouthpiece of China's Communist Party, said the nation's ban on solid waste imports will have a "temporary impact" on countries that have waste recycling industries, but that it will eventually lead to better global standards in the long run.

The editorial said China's ban will help improve the country's environment and "promote the universal international principle that producers of waste should be responsible for the whole life cycle of that waste."