HANOI (REUTERS) - Vietnam has culled more than 2.5 million pigs to contain the spread of an African swine fever outbreak that is in danger of infecting every province of the country, an agriculture ministry official said on Tuesday (June 18).

The virus, which is deadly to pigs, was first detected in Vietnam in February and has spread to farms in 58 of the country's 63 provinces, according to Nguyen Van Long, head of epidemiology at Vietnam's Department of Animal Health.

A second senior official at the department said that it was"only a matter of time" before the disease spreads to all 63 provinces. The official declined to be identified because they were not authorised to speak to the media.

In March, the United Nations Food and Agriculture Organisation (FAO) advised Vietnam to declare the African swine fever outbreak as a national emergency.

"We won't declare the outbreak a national emergency yet as the virus is harmless to humans and the outbreak doesn't pose a threat to national security," Long told Reuters by telephone.

Pork accounts for three-quarters of total meat consumption in Vietnam, a country of 95 million people where most of its 30 million farm-raised pigs are consumed domestically.

Vietnam said last month it would mobilise its military and police forces to help combat the outbreak and called on people not to turn their back on pork consumption. 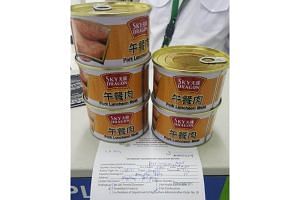 The country's pork industry is valued at around 94 trillion dong (S$5.5 billion), and accounts for nearly 10 per cent of Vietnam's agricultural sector.

Can Van Luc, an economist with the Bank for Investment and Development of Vietnam in Hanoi, said the outbreak has not had a significant impact on the economy yet.

"The price of pork may rise a bit towards the end of the year, but I don't think it will put any significant upward pressure on inflation," said Luc, who is also a government economic adviser.

African swine fever was first detected in Asia last August in China, the world's largest pork producer, where the disease is expected to reduce the herd by up to 200 million pigs this year.