WASHINGTON (AFP, XINHUA) - The US military will send its airborne teams to help Indonesia search for a submarine that went missing with 53 sailors aboard, Pentagon spokesman John Kirby said on Thursday (April 22).

Kirby said the US Defence Department was "deeply saddened" by the news of the lost submarine KRI Nanggala-402 that disappeared on Wednesday during exercises off the coast of Bali.

"Our thoughts are with the Indonesian sailors and their families," Kirby said in a statement.

"At the invitation of the Indonesian government, we are sending airborne assets to assist in the search for the missing submarine."

Kirby said US Defence Secretary Lloyd Austin planned to speak on Friday with Indonesian defence chief Prabowo Subianto "to convey our sorrow and to discuss how else the United States can be of assistance".

After the submarine went missing, an alert was received by the Indian Navy through International Submarine Escape and Rescue Liaison Office (ISMERLO).

Submarine rescue is required to be undertaken when a submarine is reported to be missing or sunk, and specialised equipment is required for underwater search to locate the disabled submarine and rescue the personnel who are trapped inside the submarine, said a statement issued by the Indian Navy.

Once the submarine is successfully located, another sub module of DSRV- the Submarine Rescue Vehicle (SRV), mates with the submarine to rescue the trapped personnel. The SRV can also be used to provide emergency supplies to the submarine, said the Indian Navy statement.

An oil spill where the submarine was thought to have submerged pointed to possible damage to its fuel tank, and fanned fears of a deadly disaster.

The crew of the German-built vessel could have enough oxygen until early Saturday, but time was quickly running out as rescuers scoured the coast off Bali for signs of its location. 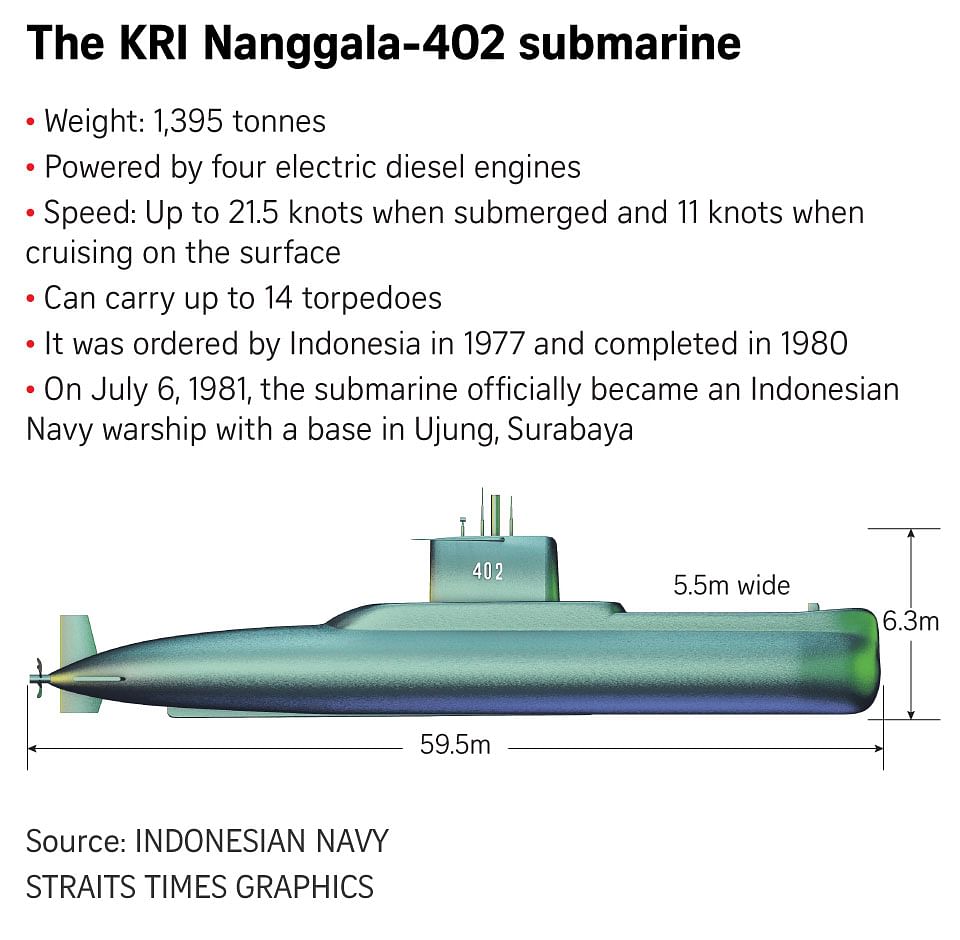 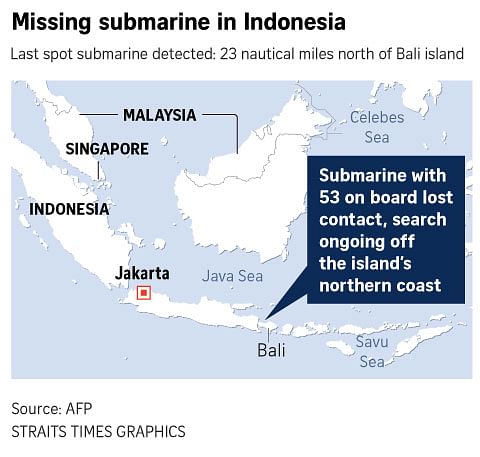