LONDON/PETALING JAYA (AFP/THE STAR/ASIA NEWS NETWORK) - A British paedophile on Wednesday (June 1) faced a life sentence after admitting to a string of sex attacks on children as young as six months, some from poor Christian families in Malaysia.

Richard Huckle, 30, took pictures and video footage of himself abusing the children which he uploaded to the dark web - a hard to access part of the Internet often used for illegal activity.

Investigators found over 20,000 indecent images on his computer, while Huckle also kept a ledger of his attacks and wrote a manual called Paedophiles And Poverty: Child Lover Guide. 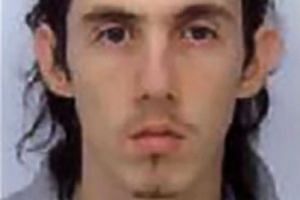 Graphic details of dozens of sexual offences by Huckle emerged for the first time on Wednesday as his sentencing hearing started in London.

Huckle faced a total of 91 charges, including against 23 children in Kuala Lumpur, where he set himself up as an English teacher.

Sky News said that Huckle spent three months on a placement at a Christian church in Kuala Lumpur in a community he had befriended in the United Kingdom. He then returned regularly to Malaysia offering to help teach at schools and churches.

He even started to groom children while doing voluntary work in Kuala Lumpur.

In 2008, Huckle took a short English teacher training course at the British Council's offices in Kuala Lumpur. He also appeared in a promotional video.

His victims were aged between six months and 12 years and the offences were committed between 2006 and 2014.

"Those images of child abuse will inevitably have been shared with other paedophiles and therefore been the subject of uncontrolled worldwide distribution," Mr O'Neill added. Huckle also posted commentaries with the images.

Huckle was arrested at London Gatwick airport in December 2014 as he came home to Britain from Malaysia for Christmas.

He initially denied all 91 charges but later admitted to 71 of them during a string of further hearings. The charges include 14 counts of rape and 31 of sexual assault.

Judge Peter Rook has said he was considering a life sentence in the case, which he said was one of "exceptional gravity".

Huckle, of Ashford in south-east England, was appearing at London's Central Criminal Court, also known as the Old Bailey, for a sentencing hearing expected to conclude on Friday.

Reporting of the case was restricted until now because investigators wanted to make sure victims were safe from other online sexual predators.