KUALA LUMPUR (THE STAR/ASIA NEWS NETWORK) - Tycoon Robert Kuok retains his No. 1 spot on the 2019 Forbes Malaysia Rich List, with a net worth of US$12.8 billion (S$17.4 billion) despite a fall in his wealth by US$2 billion.

Meanwhile, Tan Sri Quek Leng Chan of Hong Leong (Malaysia) added US$2.2 billion to his wealth and remains at No. 2, with a net worth of US$9.4 billion.

Tan Sri Teh Hong Piow of Public Bank gained US$700 million, rising one spot to No. 3 this year, with a net worth of US$6.7 billion, according to a Forbes press statement on Thursday (March 14).

Forbes said that, from airlines to manufacturing and property to delivery services, business has not been good for many of Malaysia's top tycoons as the country's economic growth rate slowed.

Only 11 enjoyed gains and they include Tan Sri Kong Hon Kong, who founded Kuala Lumpur-based Nirvana Asia in 1990, at 16th spot, and Mr Abdul Kadier Sahib of Serba Dinamik Holdings, at 49th spot.

Forbes pointed out that the country's stocks were down as the FBM KLCI lost 8 per cent in the past 12 months and the ringgit slipped 3 per cent against the US dollar. A tumultuous year in politics added to the headwinds. 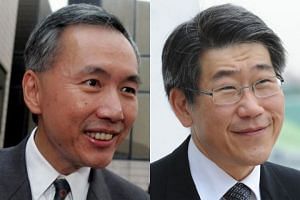 Rounding out the top five on the list is Mr Ananda Krishnan at No. 4 with US$6.2 billion, whose net worth is down by US$900 million as shares in his energy service provider Bumi Armada fell by 78 per cent in the year to March 1, and Tan Sri Lee Shin Cheng of IOI Corporation and IOI Properties, at the fifth spot, as his wealth fell by US$200 million to US$5.4 billion.

Mr Wong Thean Soon (No. 48) suffered the biggest loss on the list in percentage terms as his net worth plunged 63 per cent to US$280 million.

Shares of Mr Wong's company My E.G. Services, which provides online access to government services, were hit after last year's election on the perception that it was linked too closely to the outgoing government.

A big investor in the company, Ms Norraesah Mohamad, the only woman on the list last year, fell off the rankings.

Other tycoons who saw their wealth fall include Tan Sri Syed Mokhtar Albukhary who maintains his ranking at No. 12 despite a US$200 million decline in wealth to US$1.7 billion.

Shares of his infrastructure-linked firms fell amid an ongoing review of Malaysia's mega-infrastructure projects.

Another tycoon who suffered a setback was Genting chairman Tan Sri Lim Kok Thay (No. 7, US$4.4 billion). He slipped one spot down from No. 6 last year as his fortune fell by US$300 million.

Meanwhile, newcomer Abdul Kadier Sahib enters the list for the first time at No. 49 with a net worth of US$275 million. 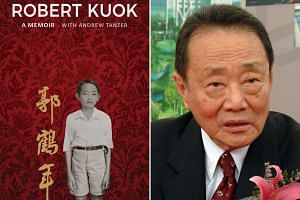 He is a director at Serba Dinamik Holdings, an oil-and-gas-services supplier that went public in 2017 and has seen its stock soar. The company's founder, Mr Mohd Abdul Karim Abdullah (No. 40, US$345 million), debuted a year ago and saw his net worth rise by 11 per cent this year.

The minimum net worth to make the list this year is US$250 million, down from US$300 million last year.