In its editorial, the paper commends the recent announcement clarifying Batam's status and hopes the administration will serve the needs of investors better.

JAKARTA (THE JAKARTA POST/ASIA NEWS NETWORK) - President Joko "Jokowi" Widodo, seemingly frustrated by the long issue of legal uncertainty in Batam, near Singapore, decided last Wednesday to end the 17-year-long dualism of authorities on that island by putting the Batam Development Authority entirely under the Batam administration.

This decision will pave the way for the long-delayed political and bureaucratic process of turning Batam, now a free trade zone, into a special economic zone (SEZ).

During Soeharto's authoritarian and centralised administration until the late 1990s, Batam had thrived as a free port and bonded industrial zone, able to attract billions of dollars of foreign investment, as investors took advantage of the efficient, one-stop service center for business licensing and land acquisition provided by the powerful Batam Development Authority.

However, the advantages began to fade after the regional autonomy era began in 2001, prompting the emergence of dualistic administrative authorities.

The Batam administration claimed part of the authority held by the Batam Development Authority, which directly reports and accounts to the central government in Jakarta, causing confusion and uncertainty.

Batam and its nearby islands fit well for development into an SEZ with streamlined procedures for business licensing and the hiring of expatriates, flexible labour regulations, tax breaks, customs duty exemptions and certainly good infrastructure to woo investors in export-oriented industries. 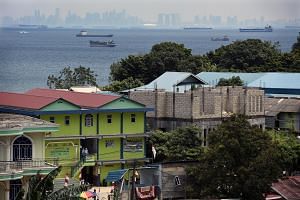 To be successful, a SEZ should provide superb logistical efficiency, which is anchored on fast flows of goods, labour and documents.

The 2009 SEZ Law requires the involvement of regional administrations in selecting the area to be developed as a SEZ because their participation from the outset will strengthen their sense of local ownership of the development process, thereby facilitating better cooperation and coordination with the central government.

Now that the government has decided to place the Batam Development Authority under the Batam administration, the process of designating Batam as a SEZ should go unhindered.

Because under the SEZ Law, the head of the local administration is in charge of establishing the administrative authority as the one-stop licensing center for businesses and the development authority in charge of managing the operations and promotion of the SEZ.

However, it is imperative for the Batam administration to see to it that the administrative authority truly runs as a one-stop administrative center for processing all licenses needed to do business on the island.

The management of the development board should operate with good corporate governance to serve investors well.