US President Donald Trump called visiting Malaysia Prime Minister Najib Razak his "friend" and personally saw him off, according to the Malaysian leader.

Recalling the end of his meeting with Mr Trump at the White House Cabinet Room on Tuesday (Sept 12), Datuk Seri Najib said one of Mr Trump's aides had wanted to arrange a handshake photo-op outside the President's office.

"Trump said 'No, I want to send him to the car,'" Mr Najib was quoted by the Malaysiakini news site on Friday (Sept 15) as saying.

"The officer then said, 'But sir, the car is right down at the basement.'"

"What did Trump say? He said 'never mind, he is my friend,'" Mr Najib told some 1,000 supporters at the Bunga Raya Complex, next to KLIA, on Friday night.

This was a sign of respect, even though his critics mocked his US visit, Mr Najib said.

Mr Najib met Mr Trump on Tuesday, at the invitation of the White House. His visit to The White House was a little different from that of other leaders.

Unlike Mr Trump's meetings with other heads of governments, there was no handshake photo-op with Mr Najib before news agencies in the Oval Office, Malaysiakini reported.

The only images of Mr Najib in the US President's office appear to be from the official White House media team, Malaysiakini noted.

The two leaders also opted not to have a customary joint press conference at either the East Room or the Rose Garden, which is the norm for leaders visiting the US President at the White House.

Instead, a joint press statement was issued after their meeting in the Cabinet Room, and journalists were not allowed to ask questions, according to Malaysiakini.

It is believed that the lack of media access was to prevent uncomfortable questions about the US' investigations into the 1MDB scandal from being posed to Mr Najib. 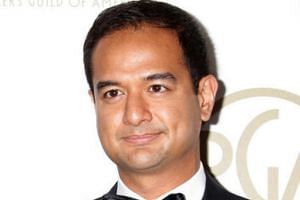 The visit is important for Mr Najib, who faces what is widely expected to be an upcoming election, and wants to signal he is still welcome at the White House despite the criminal probe by the US Justice Department into the state fund called 1Malaysia Development Berhad (1MDB).

Mr Najib set up 1MDB in 2009 and served as chairman of its advisory board until last year. The fund is facing money laundering probes in at least six countries including the United States, Switzerland and Singapore. He has denied any wrongdoing.

Flanked by top advisers in the Cabinet Room, Mr Najib had told Mr Trump that Malaysia Airlines would buy 25 Boeing 737 jets and eight 787 Dreamliners, and would probably add another 25 737s in the near future - a deal he said would be worth more than US$10 billion (S$13.4 billion) within five years.

The White House had said it would not comment on the Justice Department investigation but a senior US official acknowledged it was unusual for the US leader to meet Mr Najib while 1MDB was under regulatory scrutiny.

"It's a weird situation, no doubt," the official said, explaining that the administration has prioritised developing relations with South-east Asia to counter "huge gains" China has made in the region, Reuters reported.