The departure of the senior executives, which has not yet been made public, comes as FGV, formerly known as Felda Global Ventures Holdings, investigates several of its business practices following "adverse findings" from an earlier probe into its investments.

The investigation, initiated by FGV's board of directors, is examining poor trading practices and palm oil sales, a worker shortage and other problems that have led to financial losses, according to a statement last week.

FGV's new chairman, Wira Azhar Abdul Hamid, said this week that the company is also investigating some members of the board and management.

The three sources declined to be identified due to the sensitive nature of the issue.

Mr Palaniappan told Reuters he decided to retire from FGV ahead of his contract's end.

"It is my option to take earlier retirement by three months," Mr Palaniappan said, adding that the head of upstream cluster Fairuz Ismail is replacing him. 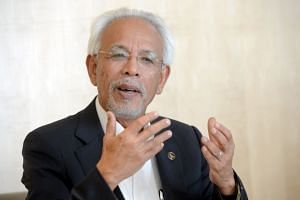 Shares of FGV have fallen over 70 per cent since its 2012 initial public offering amid allegations by analysts and investors of poor company management.

The shake-up at FGV is seen as part of a wider move by a new Malaysian government, elected in May, that has pledged to clean up governance and operations of state-linked entities, including state plantation agency Federal Land Development Authority (Felda), FGV's largest shareholder.