PETALING JAYA (THE STAR/ASIA NEWS NETWORK) - A major shake-up among the top brass of Malaysia's government-linked companies (GLCs) is expected in the coming weeks.

Politically-appointed heads of GLCs are being targeted as their appointments were made at the pleasure of the previous Barisan Nasional (BN) government that was ousted in a general election last month. Many of these GLC bosses were given board positions in recognition of their services to the former administration.

A source told The Star that there are more than 100 names on a so-called "watch list", including top brass, board members and senior management officials at state-linked firms.

The board of national power utility Tenaga Nasional, for example, comprises several former politicians, and is headed by Tan Sri Leo Moggie, the former president of Parti Bansa Dayak Sarawak(PBDS) which was part of the BN coalition.

Meanwhile national investment company PNB could soon see the departure of its chairman Abdul Wahid Omar, a former senator who served as minister in the Prime Minister's Department under the Najib Razak administration.

These changes in the top brass are part of the reform programme of the new Pakatan Harapan government helmed by Tun Dr Mahathir Mohamad. 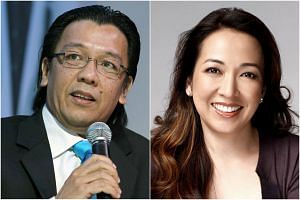 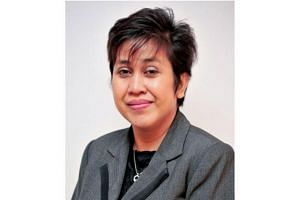 It is understood that requests for these departures have been via phone calls, and not in writing. The heads started rolling on May 14 when former MP Shahrir Abdul Samad stepped down from his position as chairman of the Federal Land Development Authority (Felda).

On the same day, Tan Sri Irwan Serigar Abdullah's contract as Treasury secretary-general was cut short, and he was transferred to the Public Service Department. Mr Irwan has since stepped down from board positions of companies under the Finance Ministry.

Then came the resignation of Bank Negara governor Tan Sri Muhammad Ibrahim after having served less than two years. His resignation came weeks after questions were raised over the central bank's RM2 billion (S$678 million) purchase of government land, the proceeds of which were allegedly used to bail out troubled state fund 1MDB.

Other key resignations related to GLCs in recent times included that of Telekom Malaysia Bhd's group CEO Mohammed Shazalli Ramly and Malaysia Airlines' board member Habibul Rahman, both of whom are believed to be close associates of Datuk Seri Najib.

Independent non-executive director of national oil company Petroliam Nasional (Petronas), Datuk Mohd Omar Mustapha had also tendered his resignation on June 1. It has been reported that chairman Mohd Sidek Hassan is expected to relinquish his position in the national oil company.

Meanwhile stock exchange Bursa Malaysia could see its CEO Tajuddin Atan replaced before his term ends in March next year.