KUALA LUMPUR - More than 100,000 people have signed a petition on Change.org asking the Malaysia King to declare May 9, a Wednesday, a national holiday to make it easier for Malaysians to return to their hometowns to vote.

Many Malaysians were taken aback when the Election Commission declared May 9 as polling day for the 14th general election (GE14), the first time voting will take place on a weekday since the polls in 1999.

The government has not indicated that there will be a public holiday to ease the journey for millions who have to fly, drive, take buses or travel by boats to return home to vote.

Deputy home minister Nur Jazlan Mohamed said on Tuesday (April 10) that there is no need to declare the polling day a public holiday, as existing laws require employers to give their employees time off work to vote.

"No need to declare May 9 a public holiday to allow people to vote," he said in a Twitter posting. "Under the Election Commission Act (Election Offences Act 1954) employers are compelled to let their employers to go and vote. Neither are they allowed to intimidate and prevent their employees from voting. Punishment for an offence is RM5,000."

The Change.org petition, titled Declaration of Public Holiday for GE14, was started by one Arveent Srirangan Kathirtchelvan, a university student in Manchester.

The petition carried the image of the Malaysian King, or Agong, Sultan Muhammad V. 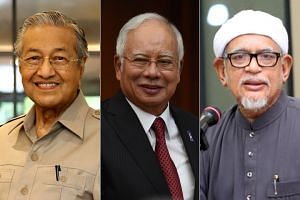 Malaysia goes to the polls on May 9, nomination day is April 28: Election Commission

The petition's preamble states: "We the undersigned humbly ask Your Royal Highness to exercise wisdom as the Head of State of our nation to help in the declaration of, at the very least, Wednesday, the 9th of May 2018, as a public holiday.

"We believe that this action will allow as many Malaysians who would wish to vote the freedom necessary to do so without fear of repercussions.

"Moreover, the broad-based effect of a public holiday would level the field for businesses who might fear losing ground to their competitors, as all of them will be affected equally."

The Malaysian opposition and electoral reform groups have slammed the government for the weekday voting, claiming it was another hurdle put up by the ruling Barisan Nasional (BN) government to gain an unfair advantage in the election.

In the last two weeks, the government has redrawn electoral boundaries that the opposition says strengthens BN unfairly, imposed a temporary deregistration order on the political party of opposition chief Tun Mahathir Mohamad, and fast-tracked through Parliament an anti-fake news Bill that critics say will muzzle dissent.

The petition said though there is a law that said employers must give employees time out to vote, "we are unconvinced there is enough of an incentive for employers to strictly follow the letter of the law, what with there needing to be a formal complaint by employees for any action to be taken. Moreover, the effect of such a disruption on workplace relationships especially between executives and management might be detrimental."

One of BN's promises in its election manifesto unveiled last Saturday was to introduce a public petition mechanism for all major issues, to strengthen transparency.

If it it returned to power in the upcoming elections, it pledged that "Any online petition that receives more than 30,000 signatories will get feedback from the government."